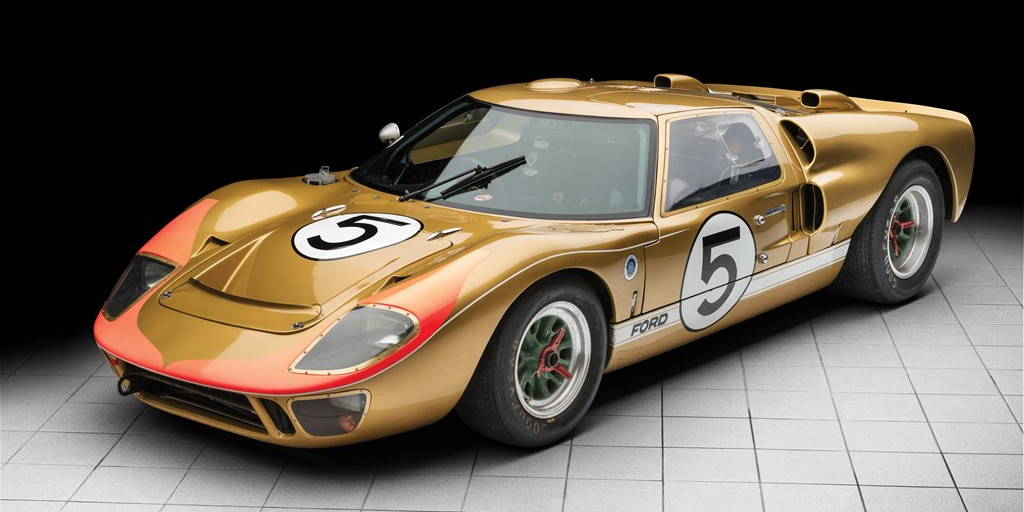 In 1966, when Ford Motor Company exacted its revenge on the indomitable Ferrari by sweeping the podium at the 24 Hours of Le Mans, this Ford GT40 Mk II – Chassis No. 1016 – was there. You can see it in old photographs of the Blue Oval’s staged, consciously photogenic finish. Now, it’s set to continue its story in the hands of a new owner, as RM Sotheby’s will auction the car at its Monterey event in California this August, held from the 24th to the 25th.

Of course, such prestige comes at a price, and Ford GT40 P/1016 is expected to fetch between $9 million and $12 million, shattering the previous Ford GT40 sales price record of $7 million, set in 2014 by the fourth GT40 prototype ever built.

At Le Mans, P/1016 was driven into the history books by Ronnie Bucknum and Dick Hutcherson of the American Holman-Moody racing team. It features the same 485-horsepower, 7.0-liter V8 and five-speed transaxle as its Ferrari-slaying compatriots, and it’s “been restored to the condition it raced in, which will be a vital consideration for any prospective buyer,” according to RM Sotheby’s car specialist Alexander Weaver. Crucially, “the condition it raced in” here includes its marvelous gold livery.

“The status of P/1016 speaks for itself, and if it wasn’t for this car, the history of motorsport as we know it would be very different… Few cars can be considered gold standard, but this GT40 is, and will always be remembered as one of the Fords that finally beat Ferrari,” Weaver says.

For more photos, head to the RM Sotheby’s website.