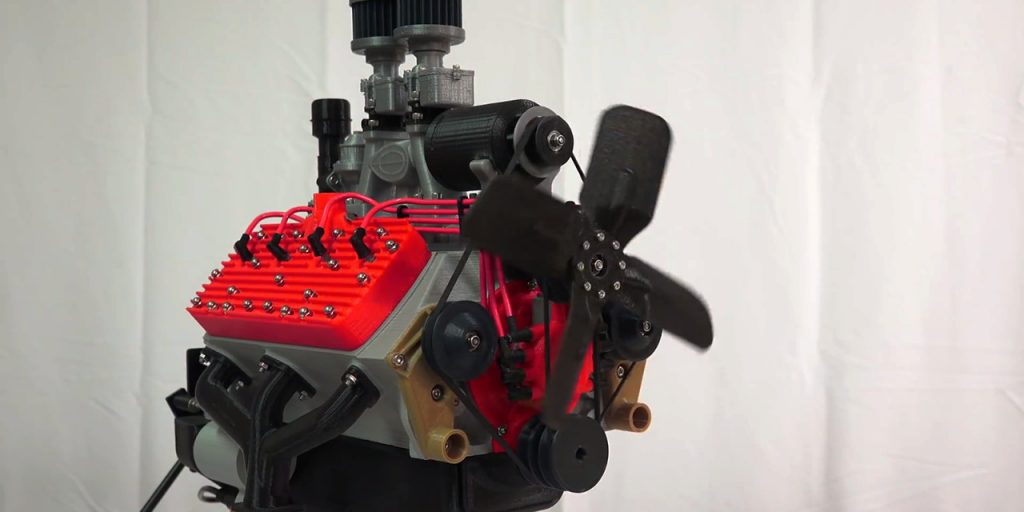 Ford’s flathead V8 was a major win for the automaker. It allowed Ford Motor Company to offer reliable V8 power and torque at a comparatively low price point, thanks to its relatively small number of moving parts and the ease with which its dead-simple, essentially “flat” cylinder heads could be cast. Unlike a pushrod – a.k.a. overhead-valve (OHV) – engine, a flathead engine packages the entire valvetrain within the block, meaning there are no pushrods to contribute unnecessary weight to the valvetrain, and the cylinder head is a simple slab of metal with cutouts for the valves and pistons.

But if it was such an asset for Ford, why did the Ford flathead V8 go extinct rather than developing over time to stay relevant? That’s the question that Jason Fenske addressed in a recent edition of Engineering Explained, and ultimately, what it all comes down to is the restrictions inherent in the design.

Looking at the block and cylinder heads, it should become pretty apparent that the intake charge is forced to do a 180° as it enters the cylinder; the air/fuel mixture travels parallel with the poppet valve initially, before turning 90° at the cylinder head, and 90° again as it’s drawn down into the cylinder by the piston. This creates turbulence that restricts flow, making it more difficult for the engine to breathe. Moreover, because of the positioning of the valves next to – not overhead – the piston, the intake charge is only really using a portion of the aperture created by the valve opening to fill the cylinder.

The Ford flathead V8 has plenty more performance-limiting restrictions, too. The design of the cylinder head, for instance, means that compression ratio and valve lift are rather at odds with each other; deepen the valve cutouts so that you can achieve greater lift, and you inevitably lower the compression as a result. What’s more, where the intake and exhaust gases overlap during the exhaust stroke, they’re traveling in opposite directions with this design, losing some scavenging efficiency.

Despite its shortcomings, the Ford flathead V8 was a monumentally successful engine in its day, remaining in production for 21 straight years and finding its way into everything from family sedans to buses. It helped set a precedent of affordable American performance that exists to this day – even if Ford’s modern, dual-overhead-cam Coyote V8 is worlds ahead in terms of design and performance.

For more on why the Ford flathead V8 didn’t hang around longer, watch the episode of Engineering Explained above.

What Went Into Engineering The 2017 Shelby Super Snake: Video