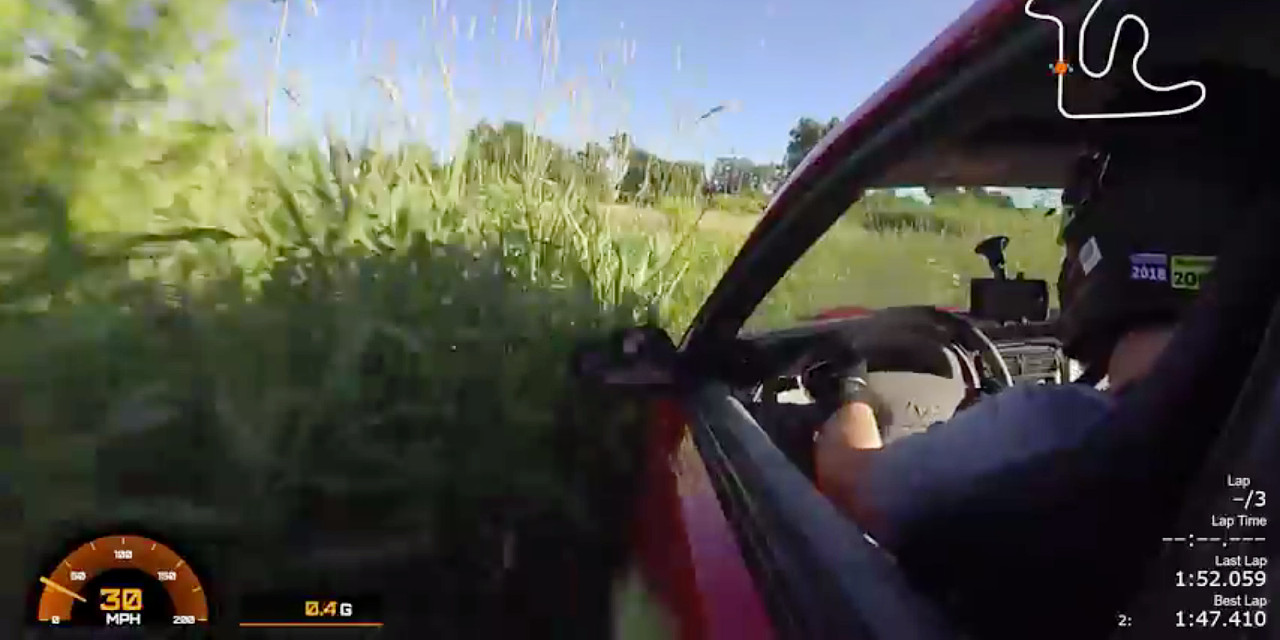 There’s nothing quite like a good run-in with brake fade to get the heart racing, but we can’t quite say there’s ever an “opportune” time for it. A bad case of brake fade on the race track can lead to property damage, serious injury, or even death. As a best-case scenario, your heart leaps out of your chest and your day is just about ruined, but no costly harm befalls you or your beloved track toy.

The off-track incident shown in the video above fits into this second, more fortunate category. Taken at Michigan’s Gingerman Raceway just a couple of days ago, the two-minute clip follows a 2002 Ford Mustang GT as it chases down – and passes – a Shelby GT500 Mustang at the track. Shortly after the pass, however, everything goes awry; the driver appears to lift off the gas and begin braking at about the right point on the track heading into a pretty sharp right-hand corner, but the Mustang doesn’t decelerate enough to make the turn.

As the last few yards of pavement come up at an alarming rate, the driver cocks the wheel hard to the right in an attempt to make the turn despite his speed, but all he’s met with is drastic understeer as the Mustang tracks straight off the course, performing its best impression of a 3,300-pound lawnmower. Thankfully, he doesn’t appear to have been injured, and Gingerman Raceway is well-known among enthusiasts for its forgiving, ample run-off, meaning no harm befell the car, either.

Jokes about the Ford Mustang and its well-documented penchant for crashing aside, we’re happy that this driver’s off-track experience didn’t damage any more than his pride.