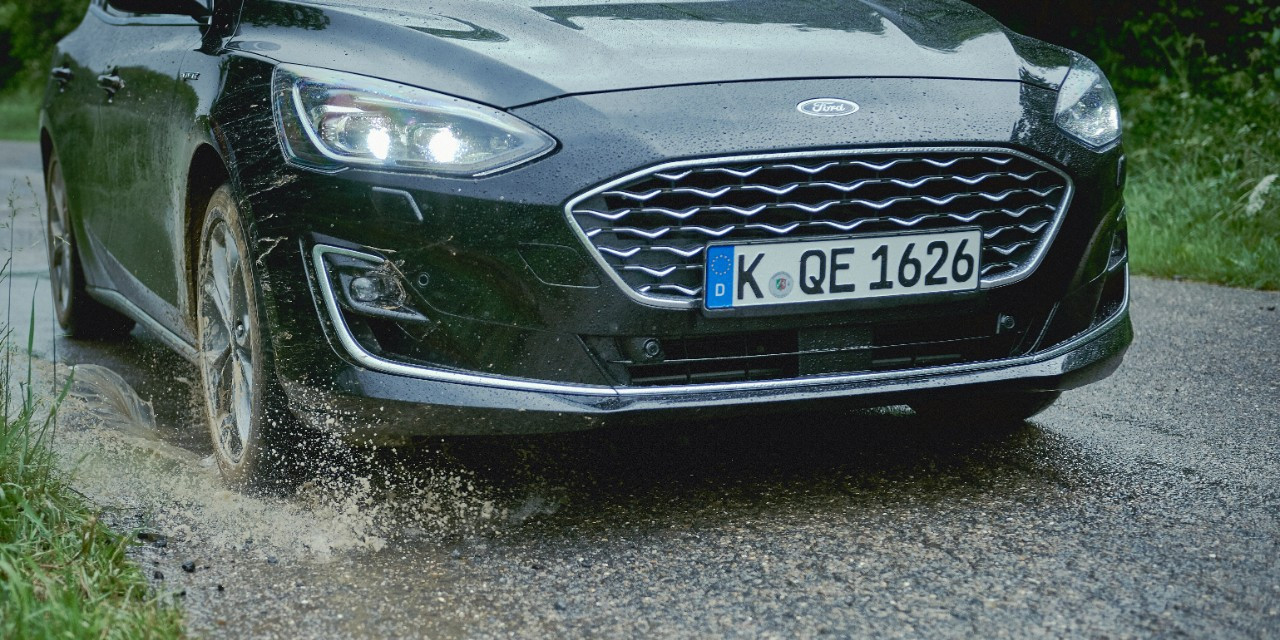 As Ford Motor Company revamps its product portfolio around the world, the automaker is paying special attention to connectivity and driver-assistance technologies, making such features available in a growing number of vehicles sold globally. Case in point: the all-new, fourth-generation Ford Focus sold in Europe will offer Continuously Controlled Damping with a pothole detection system that debuted on the Ford Fusion V6 Sport for 2017.

As the roads in many parts of the world – including Europe – continue to exist in a state of general disrepair from this year’s unusually frigid winter conditions, the ability to mitigate the risks of pothole damage to wheels and other car components isn’t at all a bad thing to have.

Continuously Controlled Damping is an essential part of the package. The system uses electronically-controlled “smart” dampers that provide continuous feedback to the vehicle regarding wheel position, which allows an onboard computer to infer when a wheel has begun to extend down into a pothole. When a pothole is detected, the adaptive damper at that corner of the vehicle stiffens to limit how far the wheel drops into the hole, providing a smoother ride and, hopefully, limiting or eliminating damage to the wheel. The rear suspension is even more proactive; after the system detects a pothole with one of the front wheels, it can stiffen the rear damper on the same side of the vehicle before that wheel even starts to drop.

“Our engineers are always searching for the roughest roads to really test our suspension to the limit, but more and more we’re noticing that the rough roads are finding us,” says Ford Focus Vehicle Dynamics Supervisor Guy Mathot. “Potholes are a problem that isn’t going away anytime soon, but with our advanced suspension technology for all-new Focus, we’ve been able to reduce their impact.”

Here in the US, only the crossover-inspired “Active” model of the all-new Ford Focus is expected to go on sale, and it’s unknown whether the same Continuously Controlled Damping with pothole detection will be available. But if we’re lucky, Ford has even more vehicles in mind to receive the potentially-wheel-saving technology in the near future.