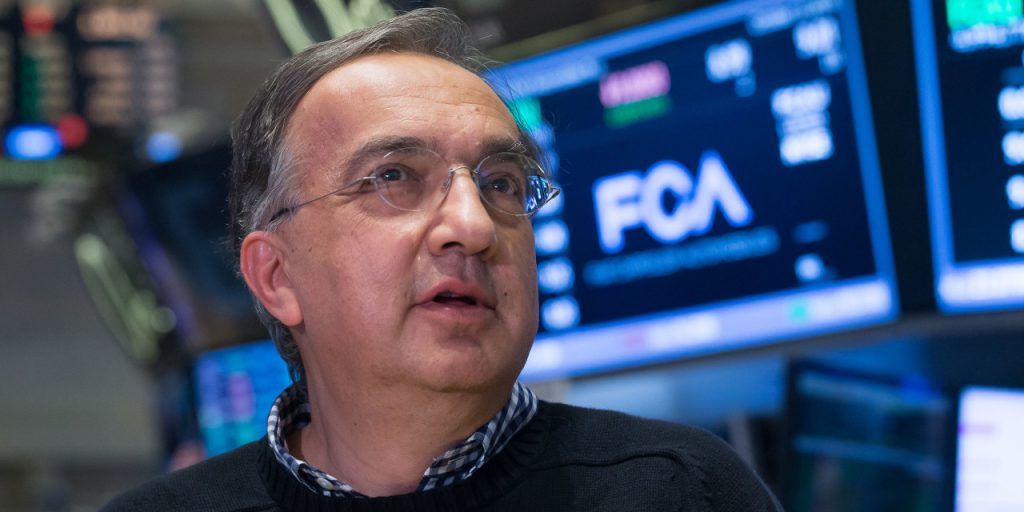 Sergio Marchionne, the former CEO of Fiat Chrysler Automobiles, has passed away at the age of 66. The executive experienced complications after undergoing surgery on his right shoulder in late-June, reportedly slipping into a coma and being left unable to breathe without the assistance of a ventilator.

You can read more about it on our sister site, Fiat Chrysler Authority.

Since news of Marchionne’s passing broke on Wednesday, Ford Executive Chairman Bill Ford Jr. has issued a statement on the matter. He wrote:

Sergio Marchionne was one of the most respected leaders in the industry whose creativity and bold determination helped to restore Chrysler to financial health and grow Fiat Chrysler into a profitable global automaker. His extraordinary leadership, candor and passion for the industry will be missed by everyone who knew him. Our thoughts and prayers go out to his family at this difficult time.

Marchionne is survived by his partner, Manuela, and two sons: Alessio and Jonathan.

Although Ford Motor Company and Fiat Chrysler Automobiles are competitors, both in America and abroad, Ford supported the US government’s $80-billion bailout of Chrysler and General Motors during the 2008-2010 financial crisis. Ford, then under the direction of CEO Alan Mulally, avoided the same bankruptcy that hit both of its US-based rivals by preemptively mortgaging assets to attain the funds necessary to overhaul the company. A couple of years later, when the meltdown finally hit, Mulally lobbied in support of the bill that allowed its US rivals to keep the lights on during the worst recession in recent history.

Ford’s support of the bill was largely rooted in the belief that the collapse of both Chrysler and General Motors would have a dire impact on the entire US auto supply chain, effectively pulling Ford down with it. But we rather like to think it was also partly rooted in an understanding that competition breeds a stronger, better product for consumers; without any major US rivals, Ford’s North American product lineup might well have stagnated.

Either way, Ford had a vested interest in seeing Chrysler kept afloat, and after Marchionne’s appointment as CEO in 2009, the automaker underwent a complete turnaround, eventually merging with Fiat – a company that Marchionne had led since 2004 – to form Fiat Chrysler Automobiles. Today, the Jeep brand in particular is experiencing tremendous growth, and FCA has just managed to shed every penny of industrial debt, with hundreds of millions of dollars in net cash.