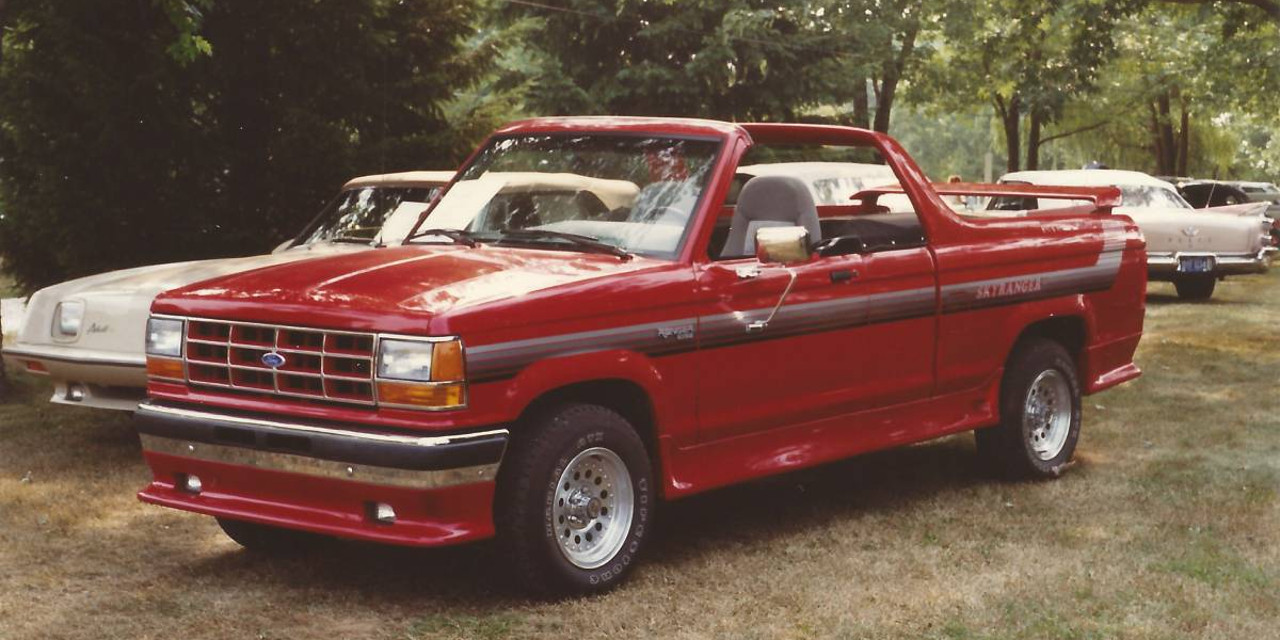 There are plenty enough examples of the older Ford Ranger generations to be had for not much money in the United States, assuming you just can’t wait for the all-new North American Ranger, but how many of them are convertibles? Not many, we’d guess.

If you’re looking for a whip like that, you would do well to check out this Craigslist post from Shelby Township, Michigan for a custom Ford “SkyRanger” convertible pickup. Based on a red 1991 Ford Ranger STX extended-cab truck, this SkyRanger is one of just 14 examples professionally converted that model year, sold directly through Ford’s dealership network. According to the seller, the truck has just 7,500 miles on the odometer, and comes with original photographs from the custom shop depicting its complete transformation from fixed-roof factory pickup to drop-top custom truck. The exact history of the Ford SkyRanger convertible pickup truck is a bit difficult to nail down. The seller admits that while he previously thought the truck was built by American Specialty Cars, someone reached out to him claiming they were instead designed and built by Bob Kaiser (formerly of Clark Kaiser Customs) and a company called Professional Auto Crafters. The truck is rare in large part because Ford passed on PAC’s third-party SkyRanger concept after a small number of examples were built using private funds, spelling the end for PAC.

Unfortunately, that would all be quite difficult – if not impossible – to verify.

But ultimately, who really cares who built this custom 1991 Ford Ranger convertible? It’s got the right engine – a 155-horsepower Cologne V6 displacing 4.0 liters – and the best transmission available on the Ranger that year: a five-speed manual borrowed from Mazda. More important, it’s a thoroughly unique, loudly-styled pickup that you have virtually no chance of ever coming across in the wild.