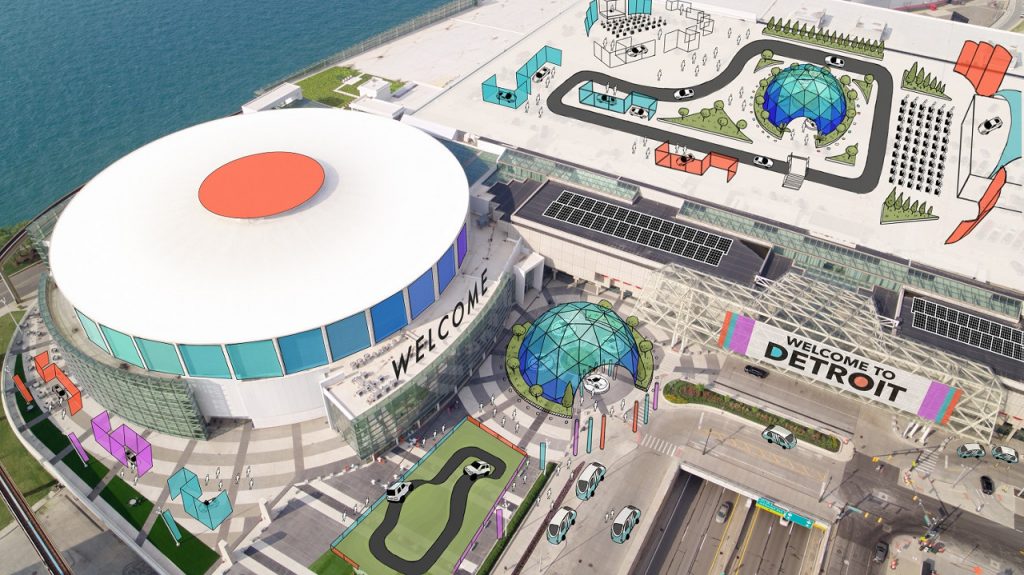 Today, the Detroit Auto Dealers Association (DADA) – the organizers of the city’s annual North American International Auto Show (NAIAS) – confirmed that the event will be moved from January to June starting in 2020. DADA is attempting to reinvent the show in the wake of withdrawals from multiple high-profile automakers, and among the many benefits of the shift to a warmer time of year is that sunnier weather could bring in more consumers with the promise of outdoor festivities and test drives.

The 2019 Detroit Auto Show will be held in January as usual, but beginning in 2020, the event will start the week of June 8th, organizers say. “The ability for participating brands to deliver dynamic exhibits and experiential opportunities outside of the show’s four walls for attending journalists, industry members and consumers, will provide new avenues to showcase the products and technologies on display,” DADA said in a release.

The decision to move the Detroit Auto Show to June is the result of hundreds of meetings and conversations with stakeholders from automakers to suppliers, to sponsors, to leaders within the industry and the government. Boosting the prospective ROI (Return On Investment) for participating companies is paramount as the show’s organizers attempt to convince a fast-changing industry that spending millions on auto show booths each year is worthwhile.

Even Ford Motor Company has shown a willingness to embrace alternatives to the standard auto show reveal in recent years, choosing instead to unveil some products – including the all-new Fiesta and Focus small cars – at standalone events. The automaker had reportedly been pushing for a June Detroit Auto Show date, believing that England’s annual Goodwood Festival of Speed could serve as a sort of template for a more outdoor-centric auto show.

Ford has been a major sponsor of the Goodwood Festival of Speed since its inception in 1993.

“Detroit now has the opportunity to showcase our riverfront and our revitalized downtown during our beautiful summer months and creatively use the exterior of Cobo to launch new products that will transform Detroit into an exciting auto-centric environment,” says Detroit Metro Convention & Visitors Bureau CEO Larry Alexander.

According to show organizers, the change of date for the show might allow for new activities like dynamic vehicle debuts, ride-and-drives, autonomous-driving demonstrations, and off-road challenges. The show could serve as the centerpiece of what NAIAS Executive Director Rod Alberts calls a “month-long automotive festival in Detroit,” including June’s Detroit Grand Prix, the auto show, and Detroit’s annual summer fireworks celebration.

Such a festival “will provide an unmatched festival-like experience for all attendees,” Alberts says.