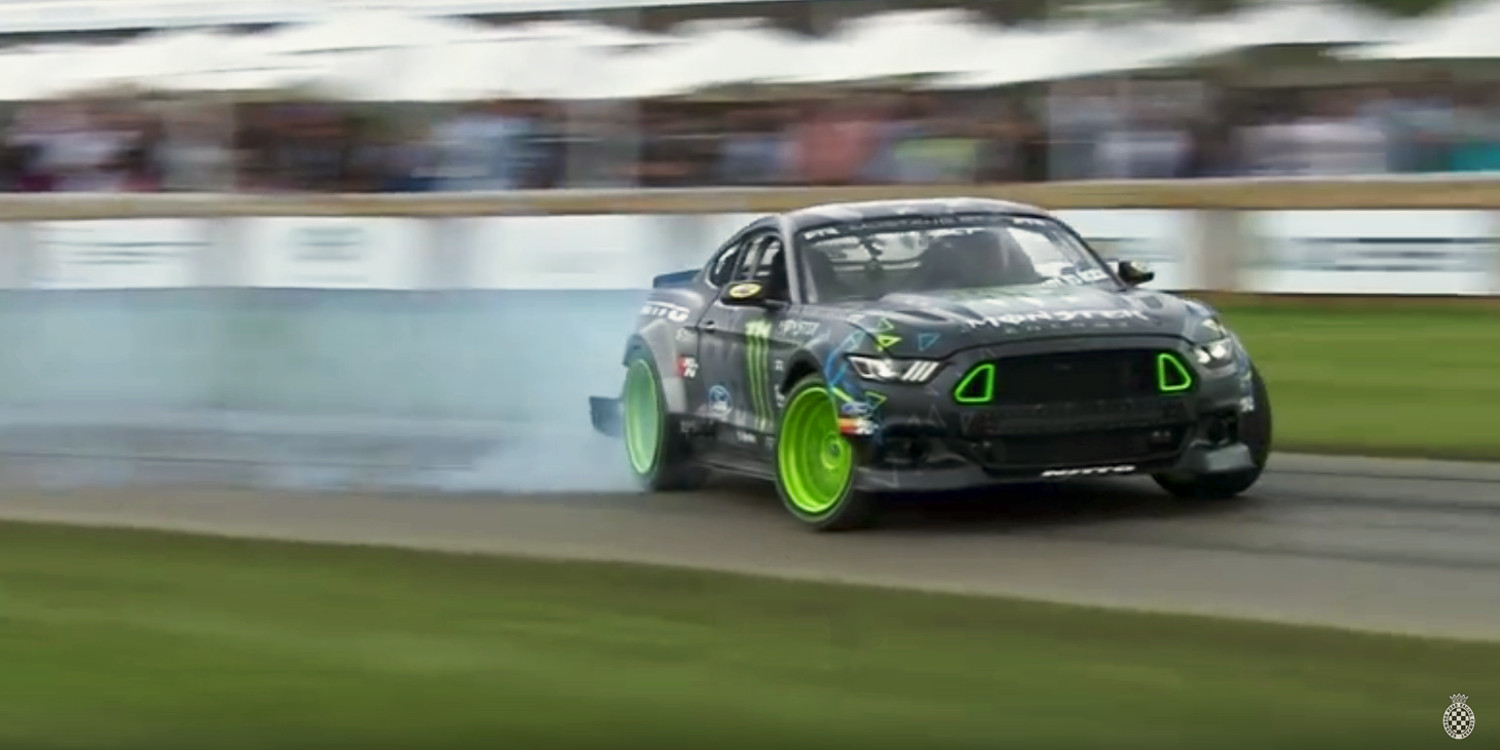 The Detroit Auto Show – or the North American International Auto Show, as it’s formally known – is in the midst of a reinvention. Later this month, the show’s organizers plan to reveal an all-new date for the long-running event that will take it out of the dead of Detroit’s hostile winter in favor of warmer months; previously, it was reported that organizers have the month of June in mind.

Hosting the event during the summer opens up new opportunities for outdoor attractions that just aren’t feasible during January in Southeast Michigan, and for inspiration, according to The Detroit News, organizers may look to the UK’s Goodwood Festival of Speed. This year’s Goodwood Festival – the 25th edition of the annual event – just wrapped up last weekend, after four days of high-octane action at the Goodwood Estate in Chichester, West Sussex, England. Ford Motor Company has been a major sponsor of the event since its inception in 1993, and reportedly, the automaker has been pushing for the Detroit Auto Show to take inspiration from the popular British event.

“It’s a celebration of cars as opposed to a display of cars,” says Ford Europe President Steven Armstrong. “A lot of people come here to see the latest GT go up the hill, but while they’re here, [we get to] engage the next generation of buyers.”

This year, the Detroit Auto Dealers Association, which organizes Detroit’s annual auto show, sent floor manager Andrea Trudeau to Goodwood to experience the festival firsthand, according to The Detroit News. The Goodwood Festival has become an increasingly popular destination for automakers to debut new product in recent years. While visitors watch with rapt attention as some of the fastest road and racing cars in motoring history take on the Goodwood Hillclimb and Forest Rally Stage, they’re also exposed to automobile marques like Ford, Porsche, and Jaguar unveiling new car models and offering test drives.

The formula works; Goodwood attendance has grown steadily since its birth in the early 1990s, now attracting some 200k or more people to the Goodwood Estate each year. Since the demise of the British International Motoring Show in 2008, it’s taken on greater importance in the market. Modeling Detroit’s annual automobile expo after a fast, fun, engaging event like that one – and perhaps tying it in with Detroit’s annual Grand Prix – could make it harder for automakers and the general public to pass on.