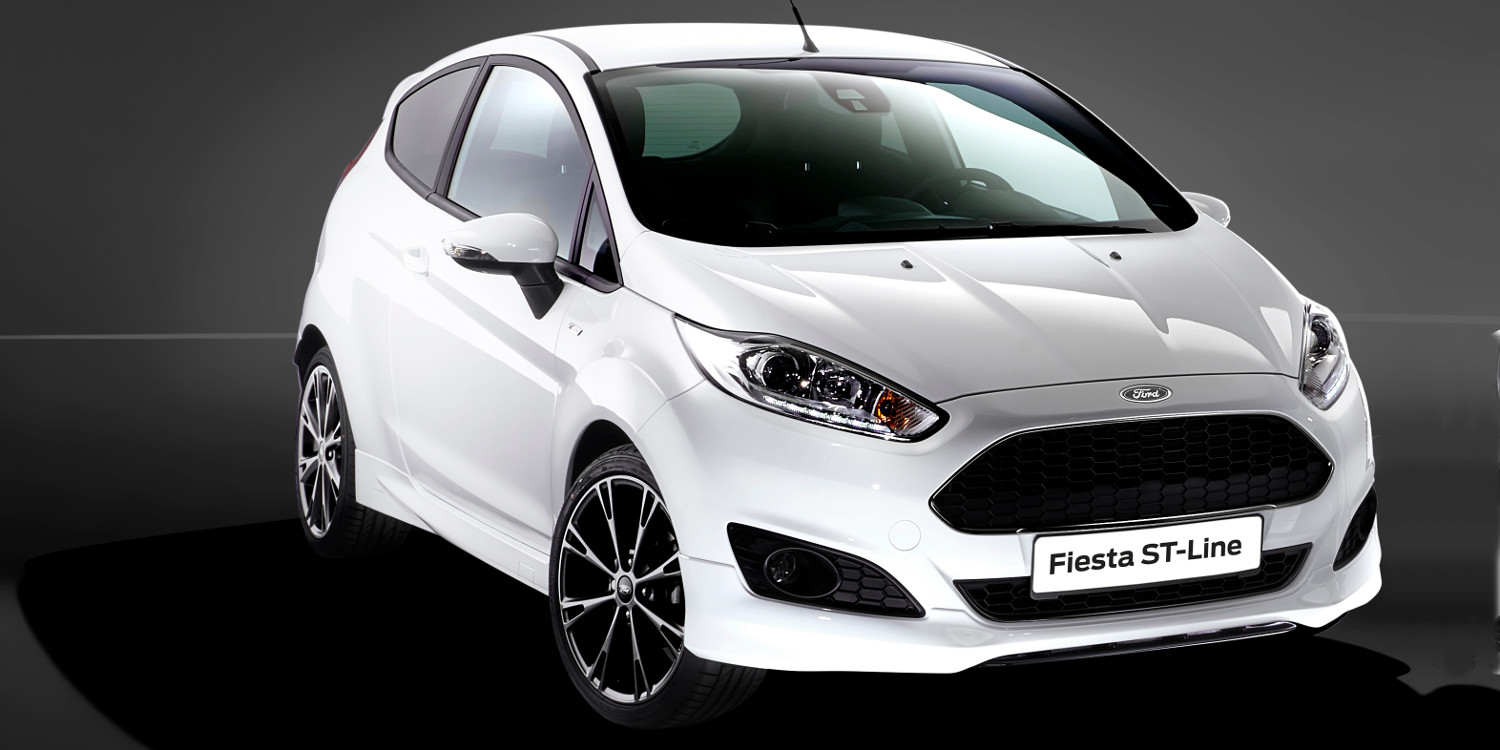 Let’s not beat around the bush; the North American Ford Fiesta isn’t long for this world. Ford in March quietly announced plans to prune its car lineup in the market so as to free up more resources to concentrate on crossovers and SUVs, and while the Focus and reportedly the Fusion will live on as capacious, crossover-influenced cars, the slow-selling Fiesta almost certainly won’t. Ford managed to move just 46,249 examples of the subcompact in the US last year, after selling only 48,807 the year prior.

Nonetheless, for at least the next year, American consumers will still have the option to purchase a brand-new Ford Fiesta, and for the 2019 model year, the lineup contains a puzzling addition: the aesthetics-obsessed Fiesta ST-Line. Available in Europe for some time now, the Ford Fiesta ST-Line is sort of a sheep in wolf’s clothing, featuring the aggressive outward appearance of a full-fat ST, but without a majority of the unique mechanical content.

This marks the first time Ford will offer an ST-Line model in North America, and according to CarsDirect, it’ll have a base MSRP of just $17,625 – nearly $4k less than the $21,340 Ford Fiesta ST. Of course, that $3,715 means the difference between having a genuine, performance-engineered ST model and an imposter. ST-Line buyers will have to make do with a normally-aspirated 1.6L four-cylinder engine (the ST’s 1.6L is turbocharged), smaller wheels, a five-speed manual (in place of the ST’s six-speed) with a six-speed auto option, and perhaps most devastating of all, no ST performance suspension.

It’s unclear why Ford has only decided to present the North American market with the Fiesta ST-Line now, when the model range is in its last months. Perhaps the automaker just took inventory, finding that it has entirely too many spare ST grilles and spoilers on its hands, and that they must go somewhere.

Whatever the reason, the Ford Fiesta ST-Line could be an appealing option for folks who find the regular Fiesta too “cute,” and only want the looks of the ST, with none of the costly performance equipment.