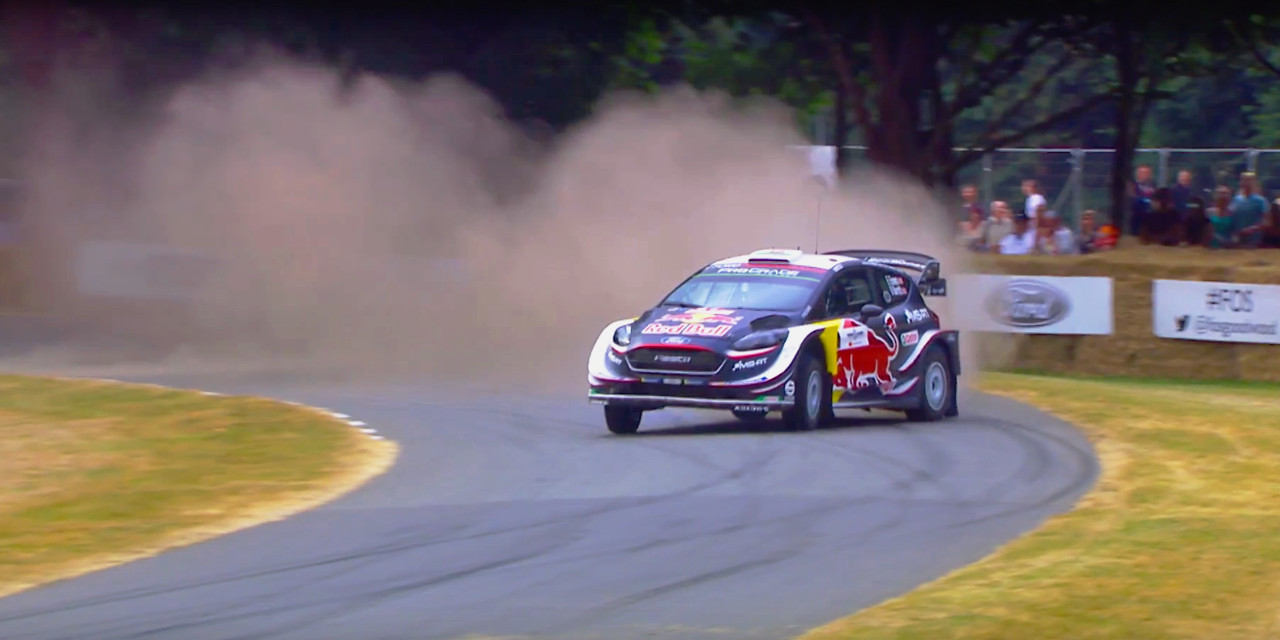 Of all the hillclimb events in the world, the Goodwood Hillclimb – held annually during the Goodwood Festival of Speed in England – is among the most fun. Sure, some take it seriously, driving their best in an attempt to set the fastest possible time on the 1.16-mile course clipped from the meandering driveway at Lord March’s Goodwood Estate. But for others, the Goodwood Hillclimb is a non-competitive chance to show off for the crowd, doing donuts, sliding around corners, and yes, even leaping over hay bales to entertain the hundreds of thousands of motoring enthusiasts in attendance.

There was plenty of Ford action at this year’s Goodwood Hillclimb, with Ford’s one-off Eagle Squadron Mustang, its new Ranger Raptor off-roader, and its lustworthy GT supercar all participating in the event. But there were two fast Fords in particular – Vaughn Gittin Jr.‘s Mustang RTR Spec 5-D Formula Drift car, and Elfyn Evans’ M-Sport Ford Fiesta World Rally Championship car – that were especially spectacular, leaving streaks of molten rubber and tremendous clouds of tire smoke in their wake.

That’s no less than one might expect from professional Formula Drift driver Vaughn Gittin Jr., of course, but Elfyn Evans managed to give him a run for his money; even if he didn’t quite reach the same maximum slip angle, nor slide through as much of the hillclimb, Evans’ finesse at high speeds was impressive.

Who do you think managed a more impressive hillclimb at this year’s Goodwood Festival of Speed: pro drifter Vaughn Gittin Jr., or pro rally racing driver Elfyn Evans? Watch both runs, and then weigh in with our online poll below.