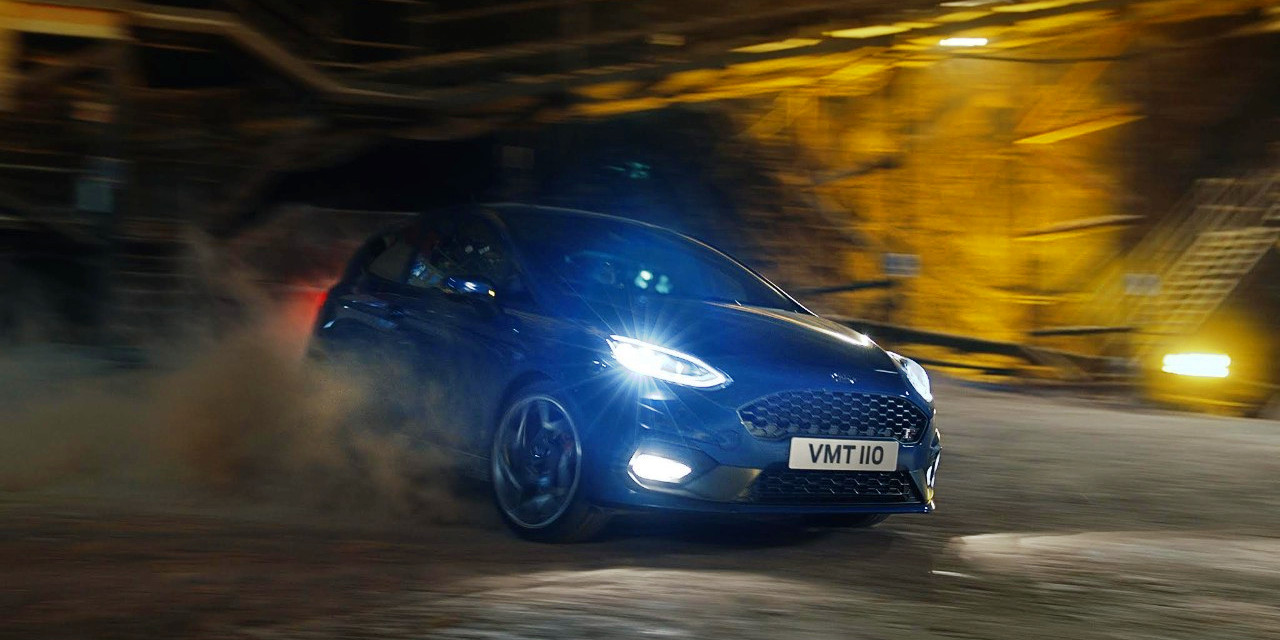 Unless you happen to have close ties to Europe’s salt mining industry, chances are you’ve never seen or heard of the road in Ford’s new advertisement for the all-new Fiesta ST. In fact, it’s not really much of a “road” at all; it’s a tunnel within one of Europe’s largest salt mines, 400 meters (1,312 feet) underground. That may seem an odd place to show off the handling prowess of Ford’s sporty FWD subcompact, and indeed it is, but the loose driving surface provides something that’s hard to find on Europe’s paved roads: a chance to slide.

“The salt is actually like fine gravel to drive on, quite slippery to be honest, especially on road tires,” says World Rally Championship driver Elfyn Evans, who drove the new, 197-horsepower Ford Fiesta ST in the ad. “You expect it to be claustrophobic but actually it’s quite the opposite, a great place to really enjoy the new Fiesta ST.”

Ford’s latest iteration of the Fiesta ST hot hatch features a Quaife limited-slip differential option, which boosts the car’s front-end traction, especially at corner exit. Along with a brake-based Torque Vectoring Control system, drivers ought to be able to carry more speed through corners than on the discontinued car.

Ford has decided to keep the name and location of this European salt mine a secret, and for good reason; just imagine trying to get any mining done while a bunch of copycats in hot hatches are slipping and sliding past at full tilt. But the automaker did divulge that shooting took place over the course of three days in the mine’s 60-km network of tunnels, where the ambient temperature remains a constant 16°C (61°F), and safety requirements meant that a skeleton mining crew had to be present throughout the shoot.

“The drama of the tunnels and the chance to show off Fiesta ST’s ability on a different type of surface were a big part of choosing this unique location,” says Ford Performance Europe Director Leo Roeks. “It wasn’t a typical race track, it was somewhere we could drive this great car to its full potential.”

The all-new Ford Fiesta ST arrives at dealer showrooms across Europe this month.