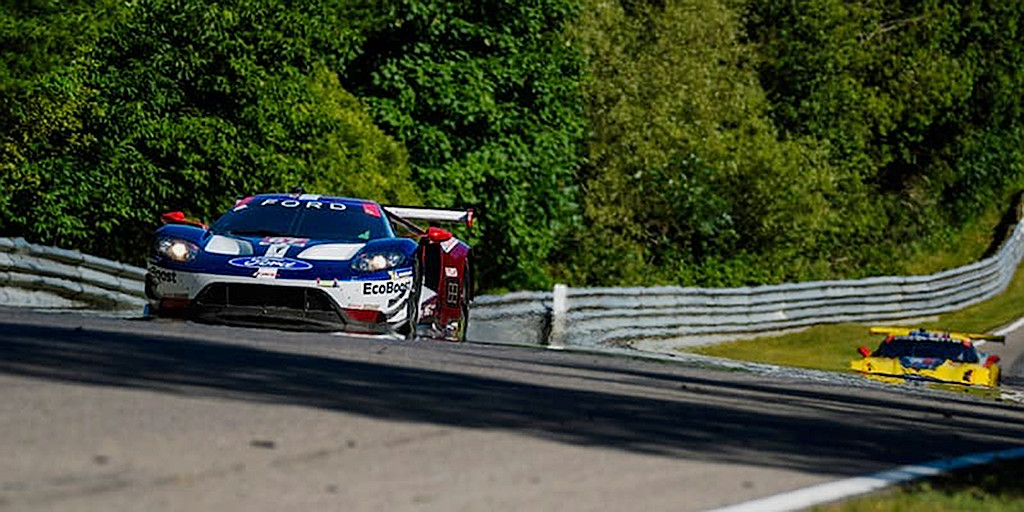 The No. No. 67 Ford GT came out ahead at last weekend’s IMSA race at Canadian Tire Motorsport Park in Ontario, securing Ford Chip Ganassi Racing’s second consecutive win in the 2018 IMSA WeatherTech SportsCar Championship and giving driver Ryan Briscoe and Richard Westbrook their first win since the 2018 season opener: the 24 Hours of Daytona in January.

The race was anything but preordained, and in fact, Briscoe and Westbrook didn’t expect to end up in victory lane after having struggled in practice. The team worked on the Ford GT race car leading up to the event and went on to set the second-fastest lap time in Qualifying, allowing them to start from second on the grid. The car got ahead of its opponents in the GT Le Mans class by deferring a pit stop until the course was under caution. The crew got the car back out promptly so that the No. 67 could hold onto its lead, leading home a pair of Corvette C7.R race cars that occupied the second and third spots on the podium.

The race was less fortuitous for the No. 66 Ford GT of Joey Hand and Dirk Müller, who gave Ford its previous win at Watkins Glen earlier in the month. The team started from the back of the GT Le Mans pack after suffering a mechanical issue during Qualifying, making the race an uphill battle. Despite this, the No. 66 car managed to finish in fifth, ahead of a Porsche 911 RSR and both BMW M8 GTEs.

“I’m just a little in shock, actually,” Ryan Briscoe of the race-winning No. 67 Ford GT said after the race. “I didn’t see that coming, especially after the first stint. The car was a real handful. We made adjustments with the tire pressures and ran the absolute perfect strategy, got Rick in and he just drove masterfully. We caught the yellow at the end, saw that happening and dove in the pits and came out with the lead.”