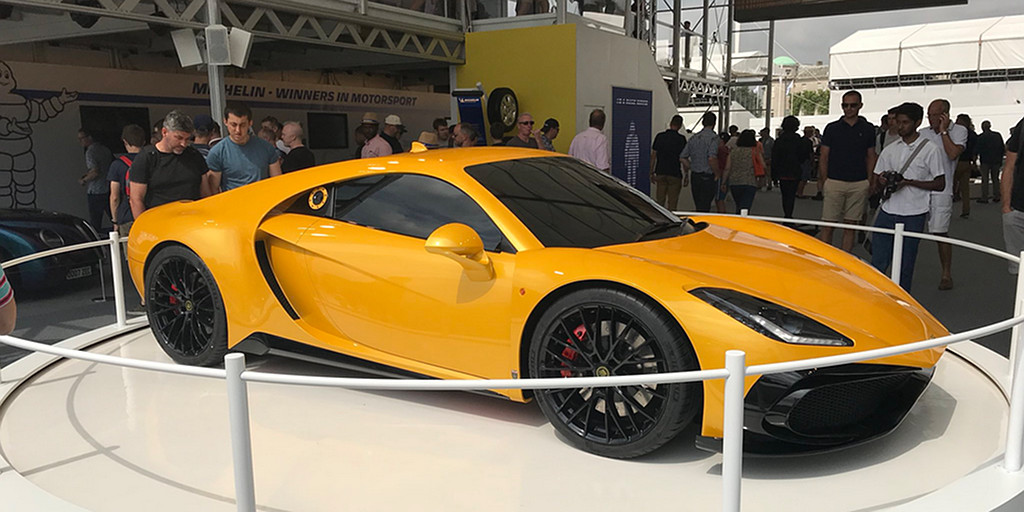 Today, at the 2018 Goodwood Festival of Speed, British sportscar-maker Noble Automotive unveiled a full-size mock-up of its forthcoming “entry-level” supercar, the M500. While there’s plenty to talk about, the big story for Ford fans is this: the new model represents a return to form for Noble Automotive, with power to come from a modified, twin-turbocharged Ford V6. Ford twin-turbo V6s have been a favorite of the British sportscar company since the Noble M12 from 2000 through 2008, which used modified 2.5L and 3.0L Ford Duratec V6 engines fitted with a pair of turbos apiece.

Well our first new car for some time. Just a full size model at the moment. Presenting the M500. Friendlier little brother to the mighty M600. pic.twitter.com/BcATmcvczz

One of the key differences between then and now, of course, is that Ford has been putting its own twin-turbocharged V6s in some models from the factory for some years now, and in fact, the Noble M500 will more-or-less split the difference between the 450-horsepower F-150 Raptor and the 647-horsepower Ford GT. Those cars, too, feature EcoBoost engines with a displacement of 3.5 liters.

In the Noble M500, as in the Ford GT, the engine will be backed by a dual-clutch automatic transmission, most likely sending torque exclusively to the rear wheels. But in order to keep costs down, Noble Automotive will construct the body from fiberglass – not carbon fiber, as in the higher-spec M600. Weight is expected to be roughly the same between the two cars, however – approximately 1,250 kg – as the M500 will be smaller in size.

Noble can’t yet say what the M500 will cost when it does go up for sale, but the company is looking to keep the price significantly below the M600’s £300k sticker. Production is expected to start some time in 2019.