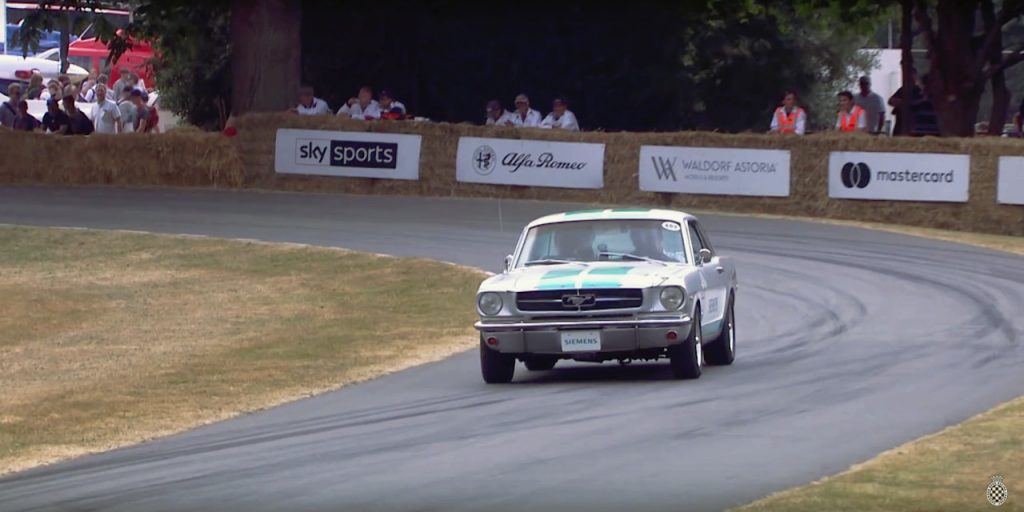 German conglomerate Siemens was unable to put on quite the show it was likely hoping for yesterday when its autonomous 1965 Ford Mustang tackled the hillclimb at the 2018 Goodwood Festival of Speed for the first time. The run was anything but smooth, requiring frequent, repeated input from the human safety driver stationed in the front seat.

Just a day later, though, in one of the car’s subsequent runs, the autonomous ’65 Ford Mustang‘s apparent desire to do bodily harm to its occupants seemed to have subsided, and the car made it up Lord March’s long, meandering driveway with little difficulty. The car is mostly original, save for the onboard computing power and automated control systems for the steering wheel, throttle, and brakes; it uses onboard sensors, GPS, and a high-definition digital scan of the grounds to determine its precise location in real time.

You can watch the self-driving Mustang’s latest attempt at the Goodwood Hillclimb in the video above.

The classic pony car was outfitted for autonomous driving by Siemens and Cranfield University in the UK, in the hopes of promoting self-driving technology in a way that could reach fans of classic and collectible cars. The car is the first autonomous vehicle ever to complete the Goodwood Hillclimb, although it was soon after followed in the completion of that feat by a self-driving race car from the forthcoming Roborace motorsport series.