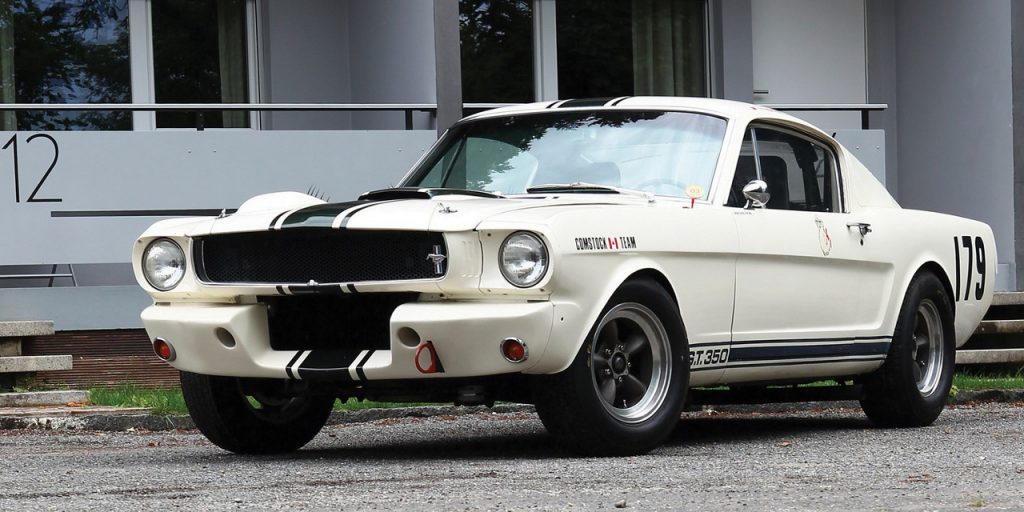 One of just 36 Shelby GT350 R Mustangs built for the 1965 model year, the white-and-green beauty pictured above will cross the auction block at RM Sotheby’s Monterey auction event on August, 24th, and it could make a glorious addition to your garage – if you happen to have $800k lying around.

That amount represents the high end of RM Sotheby’s projections for how much this rare, squeaky-clean gem could bring in. It’s been prepped for vintage racing – a pursuit it’s well-suited for, given its racing history. It was originally ordered for the Comstock Racing team of Toronto by Ford Canada, according to the Shelby Registry, painted Wimbledon White with no stripes; its characteristic dark green stripes would be added after the team took delivery. It won first overall on just its second outing, at a 500-mile race at Mosport.

The Shelby GT350 R was the lightened, motorsport-bred version of Shelby American’s street-going Shelby GT350, drawing motivation from the same K-code 289 V8 tuned to produce 306 horsepower right at redline (6,000 rpm). The engine is backed by a four-speed manual transmission.

This particular example changed hands multiple times after its first year with Comstock Racing, first selling to Canadian Stan Ward and receiving a blue respray. In his care, the engine blue while racing at Harewood Acres in Ontario, destroying the aluminum oil pan, and the car passed to Brian Burgess of Toronto before being sold to – and repatriated by – Mike Gaffney of Illinois. The car changed hands several more times, and was subject to a full restoration effort that lasted several years before finally wrapping up in 1996. By that time, it was returned to its original white-and-green Comstock livery.

It’s a rare and special car, and one that would compliment any existing collection of vintage sports and racing cars. For more info and photos, check out the official lot description on the RM Sotheby’s website.