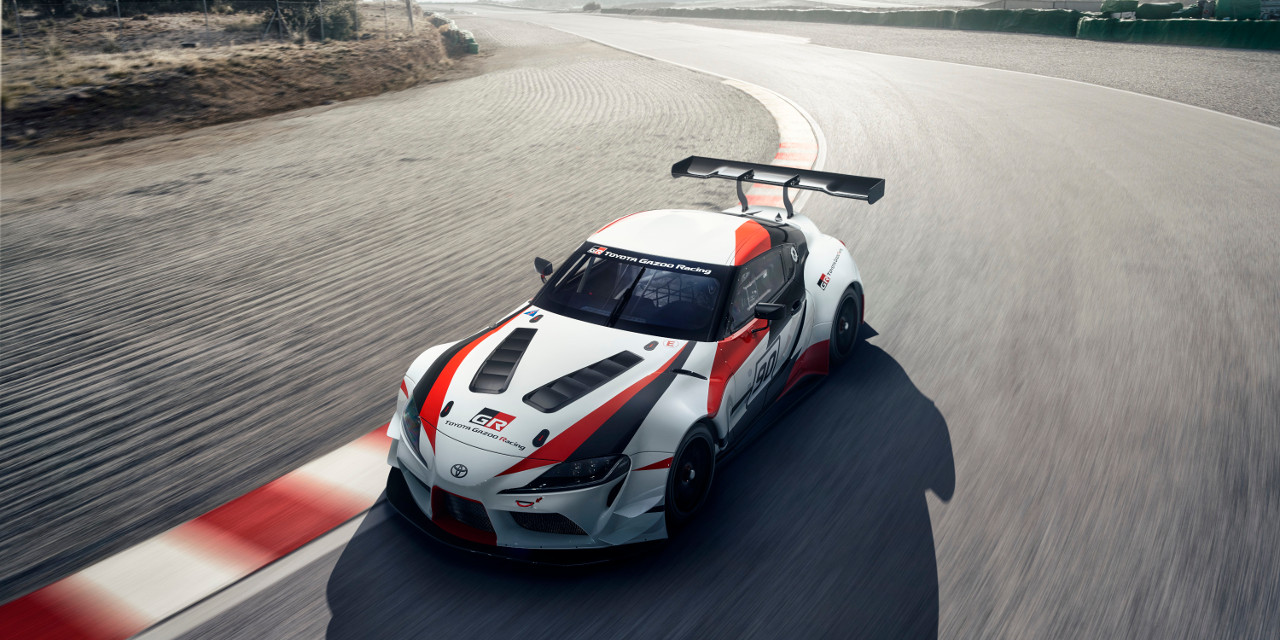 As we draw ever closer to the official reveal of an all-new Toyota Supra, and the rebirth of a name used for over 20 years before its discontinuation in 2002, ever more details about the forthcoming sportscar are coming into focus. The latest: the new Toyota Supra will be available with a turbocharged, 2.0-liter four-cylinder engine that could make for a worthy rival to the likes of the Ford Mustang EcoBoost.

That’s not just speculation; according to Road & Track, Supra Chief Engineer Testsuya Tada confirmed to the publication that the Supra will be available with a four-cylinder engine. He says that the four-cylinder sportscar will be lighter than the higher-spec I6-powered models, offering “much better weight distribution” and sharper turn-in.

Such is the case with Ford’s four-cylinder Mustang EcoBoost, as the smaller engine puts less weight over the front axle of the car than the big, honking Coyote V8 found in the Mustang GT, contributing to a more nimble, lively-feeling car.

Granted, Tada didn’t mention anything about displacement or forced induction. Those details come from journalist and tuner Bozi Tatarevic, who managed to uncover an internal document from ZF describing the engine/transmission combinations of the forthcoming Toyota Supra. According to those documents, snippets of which can be found on the Road & Track website, the four-cylinder Supra will use a 2.0-liter BMW engine with the code “B48B20”. Some version or another of the BMW B48 engine can be found in the BMW 330i, 530i, X4 xDrive30i, and numerous other products.

In the Toyota Supra, it’ll be tuned to provide up to 262 horsepower, which will be routed through ZF’s 8HP eight-speed automatic.

Given that, the Ford Mustang EcoBoost has nothing to fear in terms of outright grunt, as the four-cylinder engine found in that model displaces more volume, and churns out roughly 50 more horsepower. But nor does the V8-powered Mustang GT have to worry about being dethroned by the new Toyota Supra – at least in terms of sheer power. According to the ZF documents, the six-cylinder Toyota sportscar will peak at 335 horsepower, which is nowhere near the 460 horsepower achieved by the latest GT.

Even still, the reappearance of the Supra name represents an exciting chapter in Toyota’s history – and perhaps, a tantalizing option for those in the market for a new sportscar. Ford should be on notice.