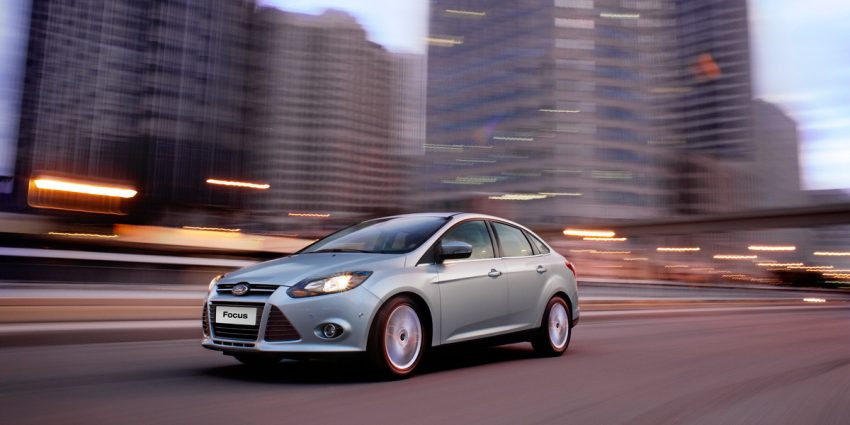 US production of the Ford Focus compact car wrapped up at Ford’s Michigan Assembly Plant back in May, as The Car Connection reports, freeing the plant to begin transitioning to Ford Ranger pickup truck production. The all-new, fourth-generation Ford Focus, which in North America will only be sold as a mini-crossover-style model called “Focus Active”, will be produced in China and imported for US consumption.

Citing data from Automotive News, The Car Connection reports that Ford had a 123 days’ supply of Focus compact cars in North America as of July 1st, more than a month after production had ceased. Assuming current buying trends continue, that means that Ford ought to be able to continue selling the car at the current rate through the end of October. Ford Focus production was accelerated in its final months, with the automaker building more than 23k of the cars in April, compared to less-than-16k during the same month in 2017.

The new Ford Focus Active will arrive as a 2020 model-year vehicle, leaving a year-or-so gap between the end of the third-generation Focus and the start of the fourth-generation one in North America. The Active model follows a formula established with the all-new, 2018 Ford Fiesta, whereby Ford’s five-door small cars are given a slightly raised ride-height and rugged-looking cosmetic enhancements in an attempt to cash in on the global crossover craze.

Rumor has it that the Ford Fusion, which is also heading toward discontinuation in North America, could be reborn exclusively as a five-door “Active” model in that market, just like the Focus.

The Ford Focus is the first of the Ford brand’s four North American sedan models to exit production. The Taurus is expected to follow suit in March, 2019; the Fiesta in May, 2019; and the Fusion some time in 2021.

Ford F-150 Officially Heading Back To Australia In 2023