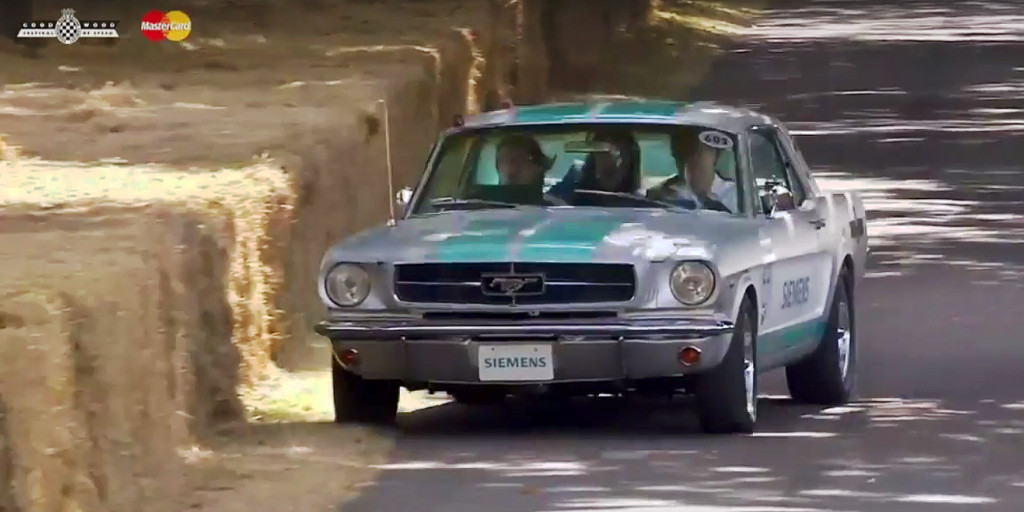 In case you haven’t heard, German industrial conglomerate Siemens brought a 1965 Ford Mustang to this year’s Goodwood Festival of Speed, outfitted with a fully-autonomous driving system meant to take the car up the famous Goodwood Hillclimb on its own, no human driver required. The car was intended to run the hillclimb twice each day for the entire duration of the four-day celebration of petrol, classic cars, and speed, bridging a gap between the unsophisticated, full-manual automobiles of yesteryear, and the cutting-edge, self-driving vehicles of tomorrow.

Not to put too fine a point on it, but it hasn’t worked. The Siemens Mustang’s first hillclimb attempt at the 2018 Goodwood Festival was rife with close calls as the autonomous system, perhaps having imbibed one too many adult beverages to calm its nerves, appeared at all times utterly unsure where the pavement was – and indeed, what it was supposed to be doing with it.

Motor1 plucked the car’s first run from the official Goodwood video stream, and you can see above just what we’re on about. The man in the drivers seat was forced to wrest control from the autonomous system at numerous points during the drive in order to avoid collision, and even when he can afford to be hands-off, the Mustang appears to weave back and forth ceaselessly, as though constantly struggling to get its bearings. Siemens decided to keep the car’s max speed slow today – and thankfully so, as we’re not entirely confident the man in the drivers seat would have been able to save it each time the Mustang headed for a hay bail if it had been going much quicker.

The German company has three days left to quietly tweak the system in whatever way they can, in the hopes of extracting a more confidence-inspiring performance out of the tech-packed 1965 Ford Mustang. They’ve got their work cut out for them.