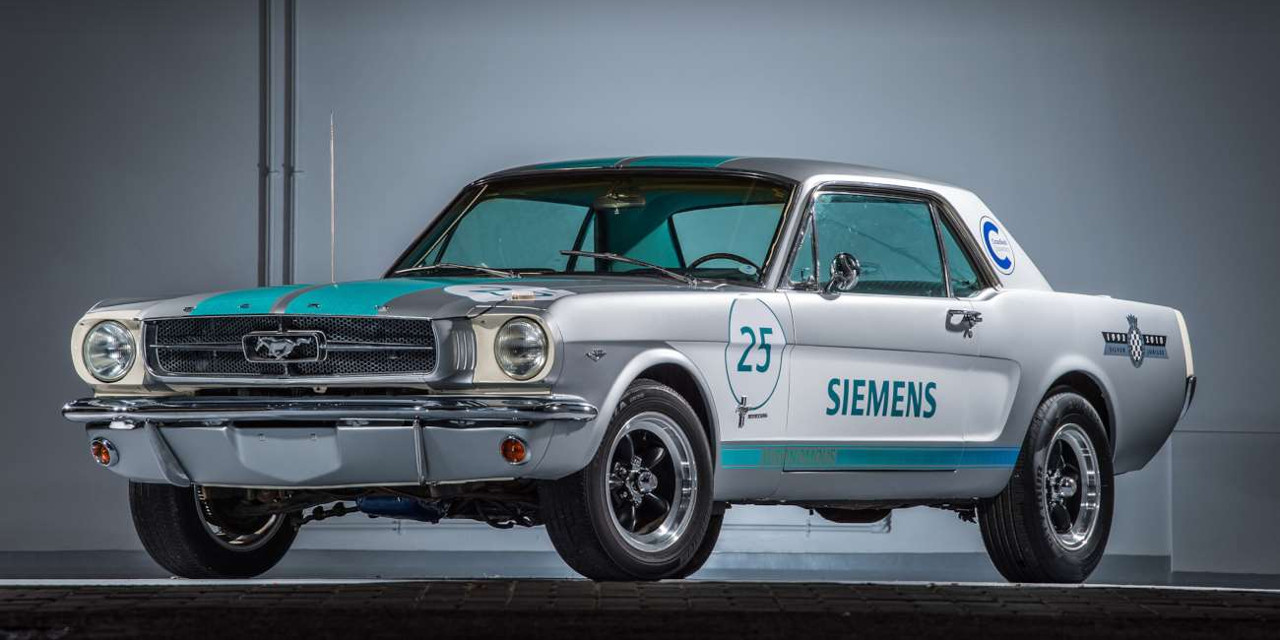 Assuming you’ve seen any of our coverage of this year’s Goodwood Festival of Speed, chances are strong you saw something about a 1965 Ford Mustang outfitted with self-driving technology that attempted to break new ground by completing the hillclimb autonomously. The car was prepared by Siemens and Cranfield University, and its first run up the 1.16-mile course was… not great. The man stationed in the drivers seat had to take manual control from the car on numerous occasions as it system weaved back and forth up the hill, apparently determined to crash into some hay bales.

Thanks to an articles by The Sunday Times, we now know why the self-driving ’65 Mustang was so erratic at the Goodwood Hillclimb, giving us an idea of the steep grade of Siemens’ and Cranfield University’s uphill battle.

For starters, according to the team at Cranfield, one of the pipes used by the vintage Ford Mustang‘s hydraulic power steering sprang a leak on Thursday, shortly before the car was set to attempt the hillclimb for the first time. That caused sudden pressure changes in the system that were difficult for the software to compensate for. Compounding things is that some TV production people reportedly advised the car’s builders to make pendulous swings a part of the Mustang’s programming, believing that home viewers would be impressed to see the car moving its own steering wheel at all times during the run.

Yes, the car’s incessant swerving back and forth was a programmed feature, not a bug.

But perhaps the biggest impediment to a smooth first run is that the Siemens/Cranfield self-driving 1965 Mustang had a rushed development time, the programming being done by a Cranfield University Masters student in just six weeks. LiDAR was left out of the equation, and although the car did have RADAR sensors installed, they were deactivated as the project’s technical lead believed they might have easily been thrown by small environment changes – like, say, someone decimating a hay bale in a crash.

Instead, the Siemens self-driving Mustang relied primarily upon GPS and inertial navigation – a system that tracks movement by measuring acceleration and yaw in all directions. Such a combination theoretically ought to be apt for a short, pre-mapped run like at Goodwood, but only if the GPS signal remains strong throughout. The trees, the giant stone wall, and perhaps even the television antennae all posed threats to a clean GPS signal.

Eventually, after some fiddling, Siemens’ autonomous Ford Mustang got one or two relatively smooth runs up the Goodwood Hillclimb, demonstrating that it is indeed possible to deploy a self-driving car in a pre-mapped area with nothing but GPS and inertial navigation to get around. Not that we would ever want to ride in it.