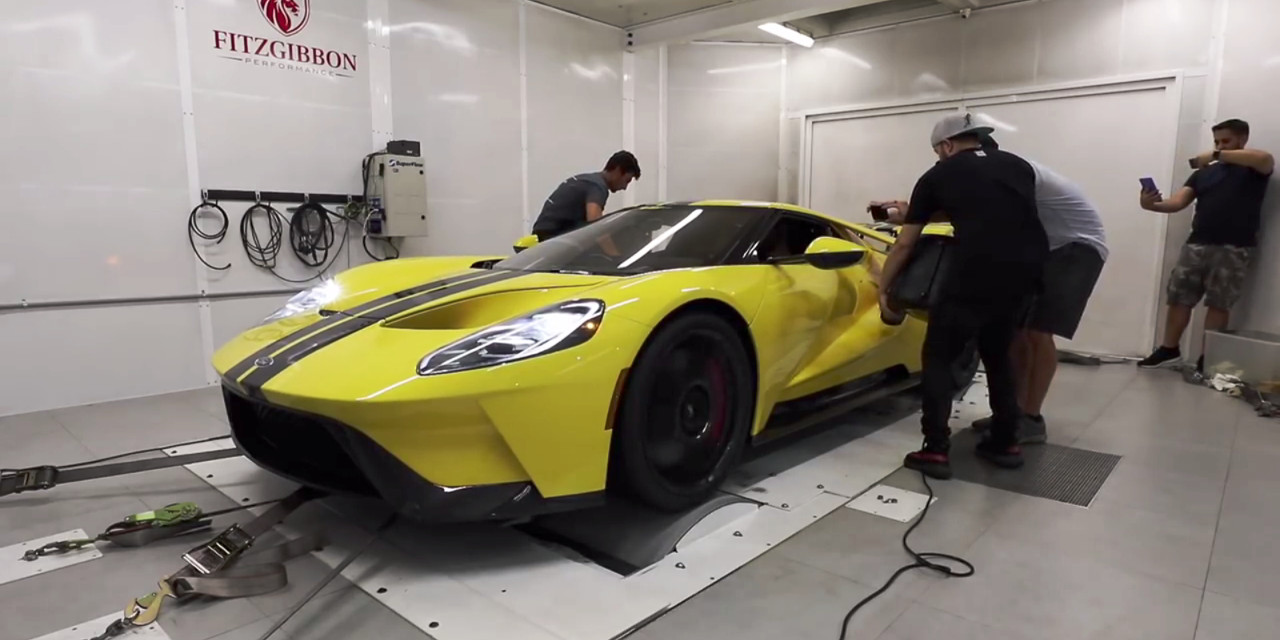 According to Ford Motor Company, the current, second-generation Ford GT supercar enjoys a peak engine output on the order of 647 horsepower – nearly 100 horsepower more than its predecessor, which relied upon a supercharged, 5.4-liter V8 for motivation. With two fewer cylinders, nearly two liters less displacement, and a pair of turbochargers in place of the last GT’s twin-screw Eaton supercharger, the 3.5-liter EcoBoost V6 that lives under the bodywork of the new Ford GT is a modern masterpiece.

But is Ford’s 647-horsepower rating for the high-performance 3.5L engine accurate? Most likely, yes. That said, different dynamometers and different ambient weather conditions (temperature, humidity) will yield different testing results, which could explain – at least in part – how Brooks Weisblat’s (DragTimes) own personal 2018 Ford GT seemed to post such deflated numbers when it ran on the dyno. The test, which is documented in the video above, showed a mere 525 horsepower as measured at the wheels.

Assuming standard drivetrain losses of 10 to 15 percent, that would suggest the engine is producing a mere 580 to 620 horsepower or so at the crankshaft – far shy of Ford’s claims.

As it turns out, though, there’s plenty more to the story. As Brooks explains above, the dyno used in this video tends to put out somewhat pessimistic numbers, and correcting the results to the popular Dynojet system results in an estimated wheel-horsepower rating of about 570 horsepower or so. Some extra parasitic loss was even introduced by the front-wheel rollers on this dyno, which were linked with the rears, meaning both sets of wheels were made to rotate.

The rolling resistance of the front axle is typically left out of RWD dyno tests, as it’s not part of the powertrain.

Ultimately, then, this dyno test can neither confirm nor refute Ford’s claim of 647 crank-horsepower for the second-generation Ford GT, and additional tests will be needed. But hey, any content featuring Ford’s stunning, carbon-fiber supercar is good content, right?