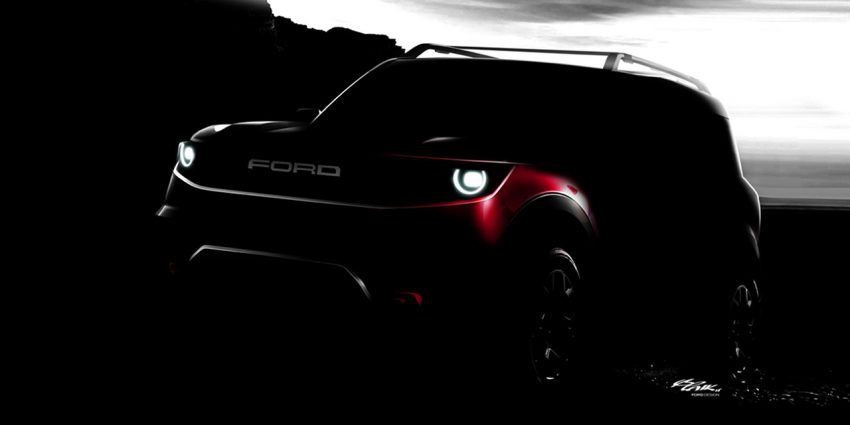 As Ford works to cull its passenger cars from North America, crossovers, SUVs and pickup trucks will fill dealerships instead. One of the forthcoming new vehicles is a so-called “Baby Bronco.” But the tiny off-roader will have more in common with the latest Focus than the rebooted Bronco.

Reuters reported Wednesday that the baby Bronco will share a platform with the Ford Focus and borrow parts from the next Ford Escape. Hau Thai-Tang, executive vice president of product development and purchasing, said the model will feature “offroad positioning and imagery” and carry a more premium price tag.

A source added that the unnamed model will wear a retro design to mirror the mid-1960s Bronco.

Ford’s use of the Focus platform for its tiny off-roader isn’t a shock. The automaker has invested in a new front-wheel-drive platform that has the capability to underpin everything from sub-compact to mid-size cars. The new Focus is the first model to ride on the latest underpinnings, though we’ll only see the car in Activ guise, which is meant to mimic a crossover.

We haven’t seen an actual prototype of the model testing just yet, but spy shots may have caught the baby Bronco cloaked as a larger Fiesta. The photos showed a Fiesta sub-compact with an extended wheelbase and extra material tacked at the C-pillar.

As for a name for the upcoming model, Ford filed to trademark the “Maverick” and “Timberland” names earlier this year. The unnamed model is expected to launch in 2019 as a 2020 model. We’ll also see the reborn Bronco itself debut sometime next year, too.