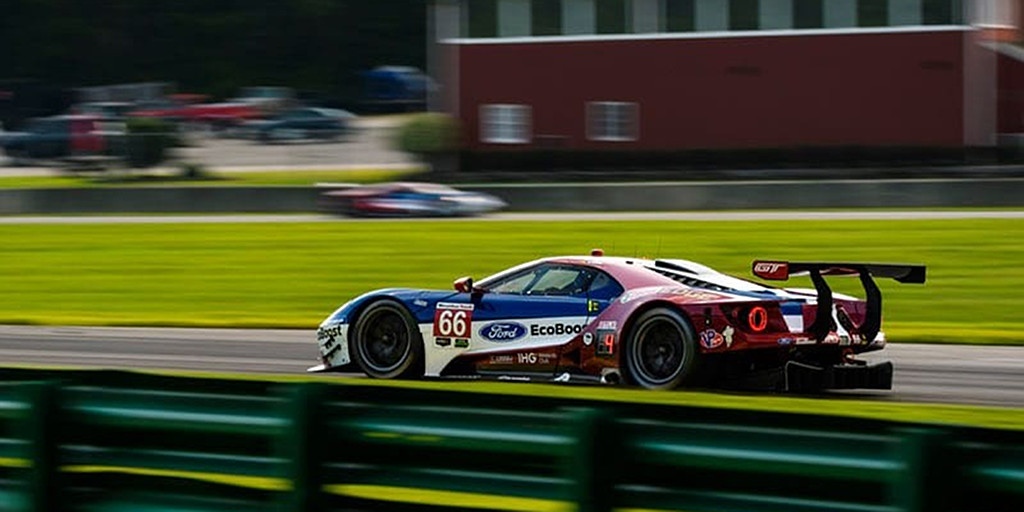 After winning each of the last four races in the IMSA WeatherTech SportsCar Championship, Ford Chip Ganassi Racing saw its win streak broken by BMw’s M8 GTE at the Michelin GT Challenge at VIRginia International Raceway. The team was forced to accept a fourth-place finish for the No. 66 Ford GT and a seventh-place result for the No. 67 car, which unfortunately led to the No. 67 being knocked out of first place in the Team Championship standings. The No. 3 Corvette Racing C7.R now leads by four points, having come second at VIR.

Things looked good for the No. 67 Ford GT starting off. The car nabbed pole position in Qualifying and led the field for the first 28 laps, with Richard Westbrook at the wheel. He complained of clutch issues shortly before pitting, and after his teammate Ryan Briscoe hopped in and went out on-track, the problem only got worse. The car returned to the pits, where it was repaired in time to finish the race and score a seventh-place result for the drivers.

The No. 66 Ford GT of Joey Hand and Dirk Mueller didn’t suffer the same fate, running a steady race after Hand started the race from sixth place on the grid, and even managing to muscle its way up to fourth place by the end of the IMSA SportsCar Championship event. The result was enough to allow the team to stay in third place in the championship standings, ahead of the No. 4 Corvette C7.R team.

“It was a terrible result for us,” Ryan Briscoe said after the race. “After leading the race and looking strong and being really happy with the car all weekend, there’s just a lot of points thrown away right there. It’s disappointing, but the points are still close. We’ve just got to come back strong at the next one at Laguna and keep fighting for the championship.”