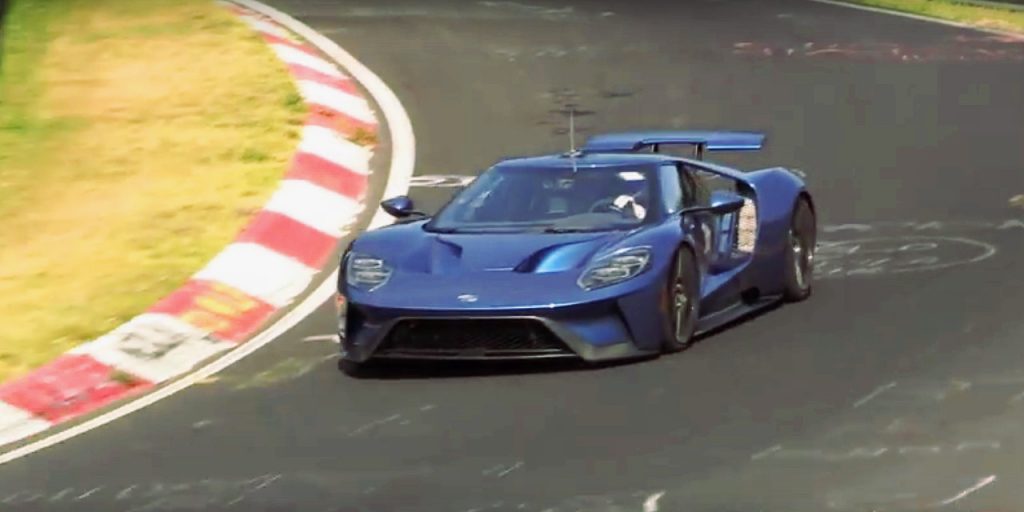 The folks at Ford Performance have been pretty forthright with regard to their feelings about setting official manufacturer hot lap times at various well-known racetracks: it’s not worth the effort. While some of GM’s best and brightest high-performance machinery has been spotted tooling around the Nürburgring Nordschleife at full-tilt on numerous occasions, and Fiat Chrysler toured the United States shattering record after record with the Dodge Viper ACR, such activities are decidedly beneath Ford. Even when the Ford GT (briefly) held the production car lap record at VIRginia International Raceway, factory racing driver Billy Johnson’s record-breaking hot lap occurred quite by accident.

That record, of course, was promptly shattered by the new Chevrolet Corvette ZR1 shortly thereafter. On the surface, Ford didn’t seem too phased, but could that simple act have awakened something in the automaker’s performance division?

That might explain why a road-going Ford GT was spotted lapping the old Nordschleife recently in the incredibly-capable hands of Ford factory driver Dirk Mueller. The Nordschleife – a.k.a. the “Green Hell” – is the granddaddy of all benchmarks when it comes to demonstrating a high-performance car’s road course prowess, attracting sportscars from all manner of different marques for hot lap after hot lap, in an all-out contest for bragging rights. That Ford put another one of its factory racing drivers at the helm suggests that the automaker might be giving it the old college try after all.

Check out the video above to see Dirk Mueller blast around the Nürburgring Nordschleife in the 647-horsepower Ford GT supercar, and be sure to check back here for more as it becomes available.