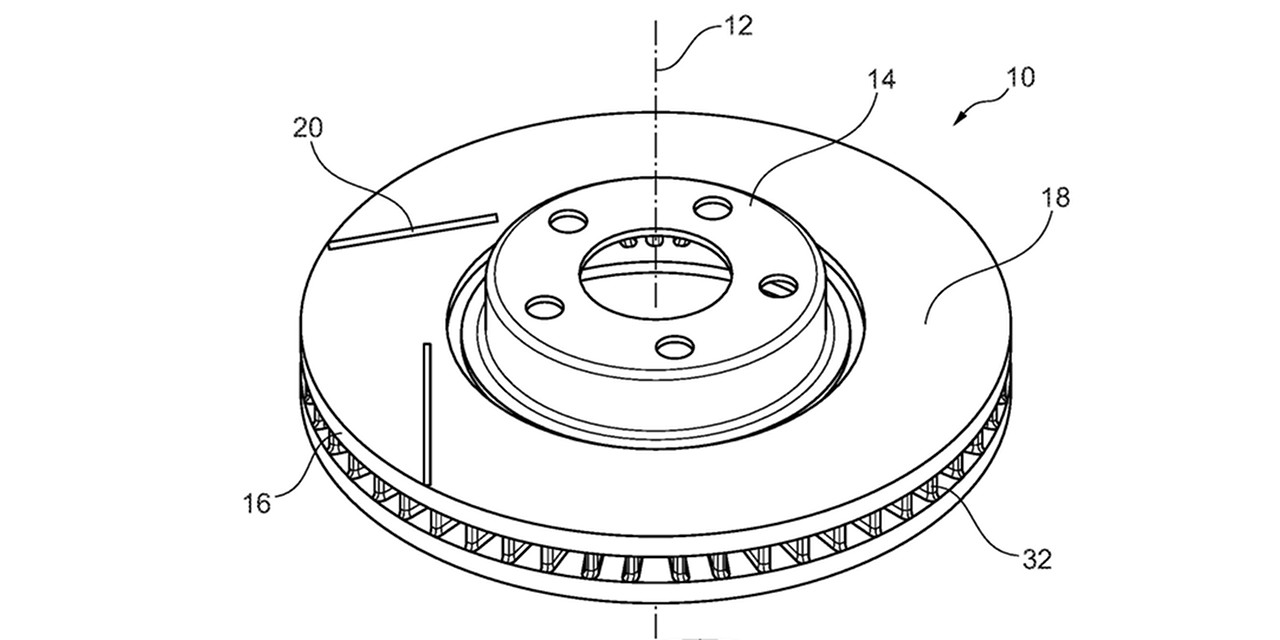 While some advanced, lighter-weight materials have come into vogue on certain high-end/exotic cars, a majority of all OE automotive brake discs are produced from regular cast iron. That material does the job, but issues such as corrosion and relatively high mass are the unavoidable trade-off of their low cost.

Enter Ford Motor Company, which has applied for a US patent relating to a process for manufacturing lightweight aluminum-alloy brake discs using 3D-printing technology. The patent calls for hypereutectic aluminum-silicon alloys – that is, aluminum alloys with a high silicon content – so that the discs can meet the harsh temperature and abrasion resistance demands placed on such a part. Using these materials in the manufacture of brake discs is not a new idea, the patent notes, but until now, “issues [with their] castability and high aftermachining costs” have prevented them from establishing themselves in the market.

One solution, Ford’s patent states, is a six-part manufacturing process involving a machined and prepared “brake chamber” to which a friction ring is added using laser-deposition welding or 3D printing. “During the fusion metallurgical building up of the friction ring by using a laser deposition welding process or a 3D-printing process, the rapidly solidified aluminum alloy in powder form maintains its favorable mechanical properties,” the patent’s authors note.

“In this way, for example a high level of thermal stability and a high level of abrasion resistance of the friction ring can be achieved so that an after-coating of the friction ring can be dispensed with.” In other words, where some aluminum-silicon brake discs must have their friction surfaces coated in protective tungsten carbide-cobalt in order to adequately hold up to abrasion, Ford’s manufacturing process would result in no such requirement.

Ford’s aluminum-silicon brake disc patent application, entitled “Hybrid Lightweight Brake Disk and Production Method”, was filed with the US Patent and Trademark Office on January 20th, 2017. Four Ford employees in Germany are credited with the application.

Lightweight ‘Competition Series’ Ford GT Could Be On The Way