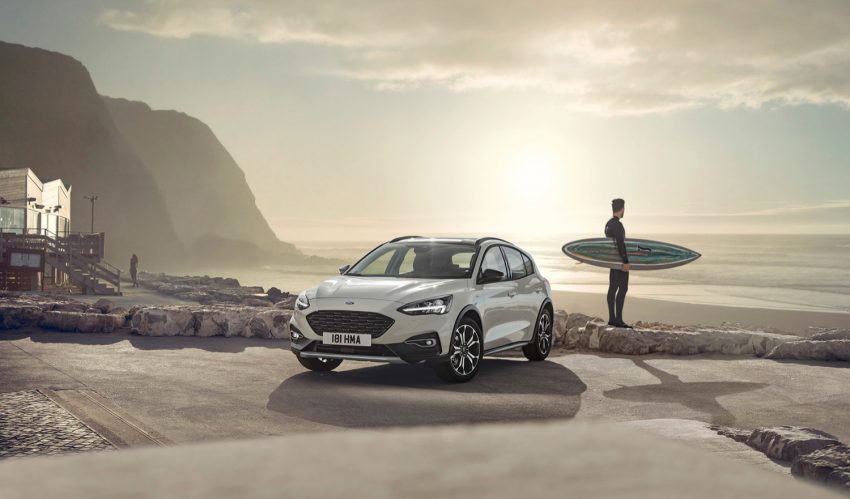 After Ford Motor Company in May announced its plans to phase out nearly its entire car lineup in North America over the next several years, just two car models were said to have any sort of a future in the market: the Ford Mustang, and a crossover-inspired version of the Ford Focus named “Active”. But circumstances have changed, and US President Donald Trump has refused to deescalate the country’s trade war with China – the country where the North American-market Ford Focus Active was to be built.

As a result, Ford announced today that it no longer has any plans to import the crossover-like Ford Focus Active from China, leaving just the Mustang – and, it’s rumored, possibly a crossover-inspired version of the mid-size Fusion sedan – to sell alongside a cavalcade of trucks and SUVs. The current third-generation Ford Focus has already ended production in North America, soon to be followed by the Taurus and Fiesta next year. The current Ford Fusion is scheduled to exit production sometime in 2021.

“Given the negative financial impact of the new tariffs, we’ve decided not to import [the Ford Focus Active] from China,” Ford President of North America Kumar Galhotra said Friday, according to The Detroit News. “The significant thing that moved was the tariffs going up substantially higher. We’re choosing to deploy resources elsewhere.”

Business Insider reports that President Trump has told aides he would like to proceed with imposing tariffs on another $200 billion in imported Chinese goods, possibly as early as next week. While a list of affected goods has not yet been released, Trump’s intent makes clear that his administration has no intention of stepping back from the trade war, and the United States’ import duty on Chinese-built automobiles and parts has little chance of being reduced.

Previously, the North American Ford Focus compact car had been built at Ford’s Michigan Assembly Plant, but production was slated to move to China so that the higher-margin mid-size Ford Ranger pickup and Bronco SUV could be assembled at that plant.