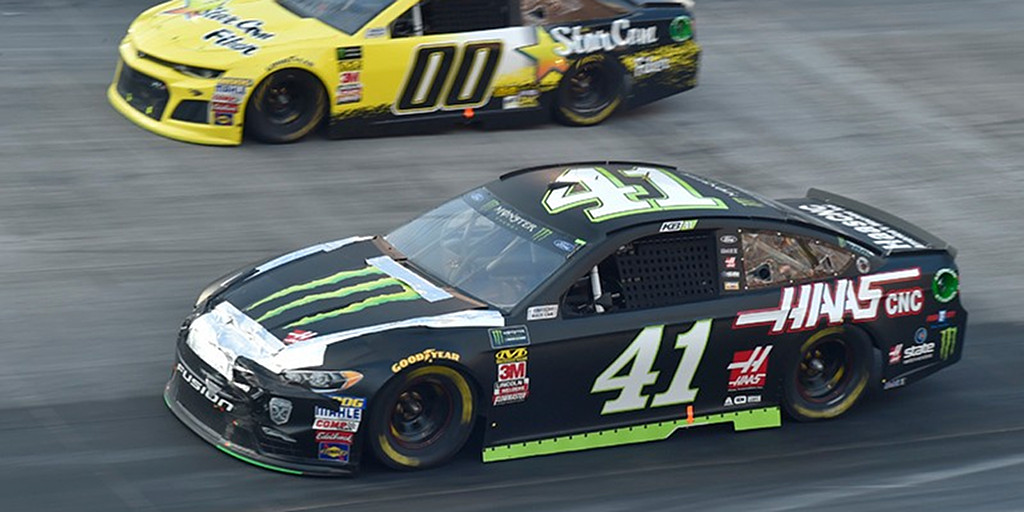 Ford Performance achieved its 100th Monster Energy NASCAR Cup win with the Ford Fusion stock car over the weekend, after Kurt Busch (No. 41) of Stewart-Haas Racing outdrove the rest of the 40-car field at the Bass Pro Shops NRA Night Race in Bristol, Tennessee. The win marks Ford’s 11th this season, and Busch’s 30th career victory.

Throughout the race, it looked as though victory could have been in the hands of any one of six different Ford stock car drivers, all of whom led at some time or another. Together, the six drivers led 370 laps of the 500-lap race, with Ryan Blaney (No. 12, Team Penske) at the front for a total of 121 laps, and Clint Bowyer (No. 14, Stewart-Haas Racing) leading for 120 laps.

Bowyer appeared to be in position to win the race with fewer than 30 laps to go when Brad Keselowski (No. 2 Ford Fusion, Team Penske) spun due to a flat tire, bringing on the race’s eighth caution, and Busch managed to get out in front on the restart with 23 laps remaining. Bowyer’s tires were more well-worn than those of many of the other race leaders, causing him to slip back to sixth by the end of the race. Finishing two positions ahead in fourth with the second-best result for Ford was Joey Logano (No. 22 Ford Fusion, Team Penske).

After the race, Kurt Busch said it was “awesome” to have won at Bristol Motor Speedway.

“I love this place,” he said. “We now have won six times here and I have great teams that have always helped me win. This group of guys, Billy Scott, my crew chief, this is his first win and to be able to do it with Ford and Monster and Haas Automation is just what it’s all about is executing as a team and we had good restarts when we had to, and then you’ve got to get clever and start throwing everything at it.”