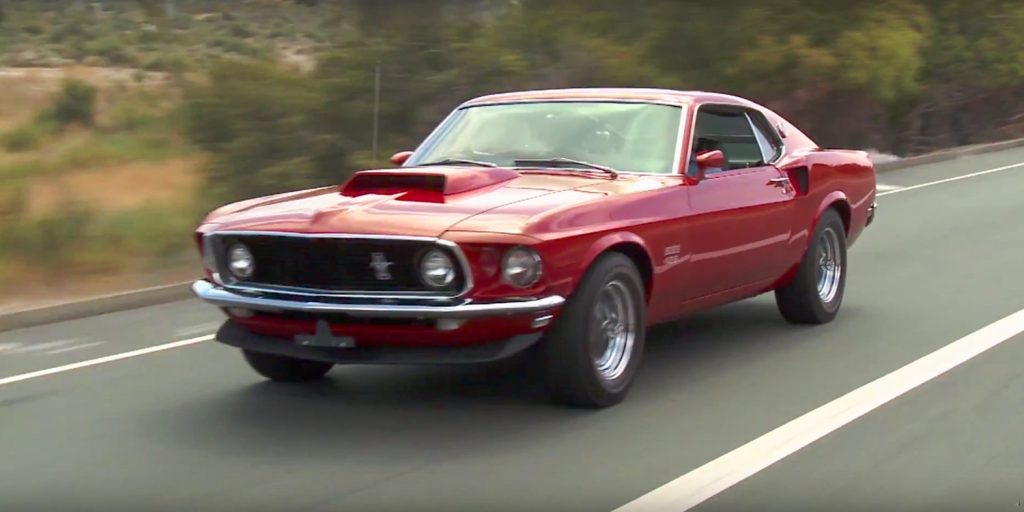 “I’ve been with this museum since before it opened, and I’ve never seen this many people here at one time,” says Jim Alberts, a longtime Ford Mustang enthusiast and museum guest curator.

Alberts is referring to the temporary exhibit Mustangs: Six Generations of America’s Favorite Pony Car at AACA Museum in Hershey, Pennsylvania. The AACA Museum is a Smithsonian affiliate that houses a permanent collection historic and custom vehicles. The record-attendance exhibit is the museum features a variety of historic Ford Mustangs.

According to Jeff Bliemeister, the Museum’s executive director, Six Generations is about “maintaining the brand,” by representing “the continuous development of the Ford Mustang for 50 years.”

The opening exhibit reception expected 100 guests. By the end of the evening, however, the Museum’s Director of Marketing & Communications, Nancy Gates, estimated about 400 attendees present.

Included in the temporary Six Generations exhibit are:

The exhibit also features one of 15 pilot production cars. Known as “Shorty,” the vehicle is powered by a triple-carburetor 260, which is presently enlarged to 302 cubic inches.

The Mustangs on display tell a story of designers who brought their ideas to life, an ever-fluctuating American economy, and evolving market preferences.

Commenting on the psychographics of Ford Mustang enthusiasts, John Clor, enthusiast communications manager for Ford Performance, said: “The most important thing we learned is that when they really want to reward themselves, they want a Mustang. They don’t want just another new car, they want that cool car from their youth – they want to be Steve McQueen. That’s why ever since the end of the Fox Body, we’ve been designing the Ford Mustang to celebrate its own remarkable heritage”