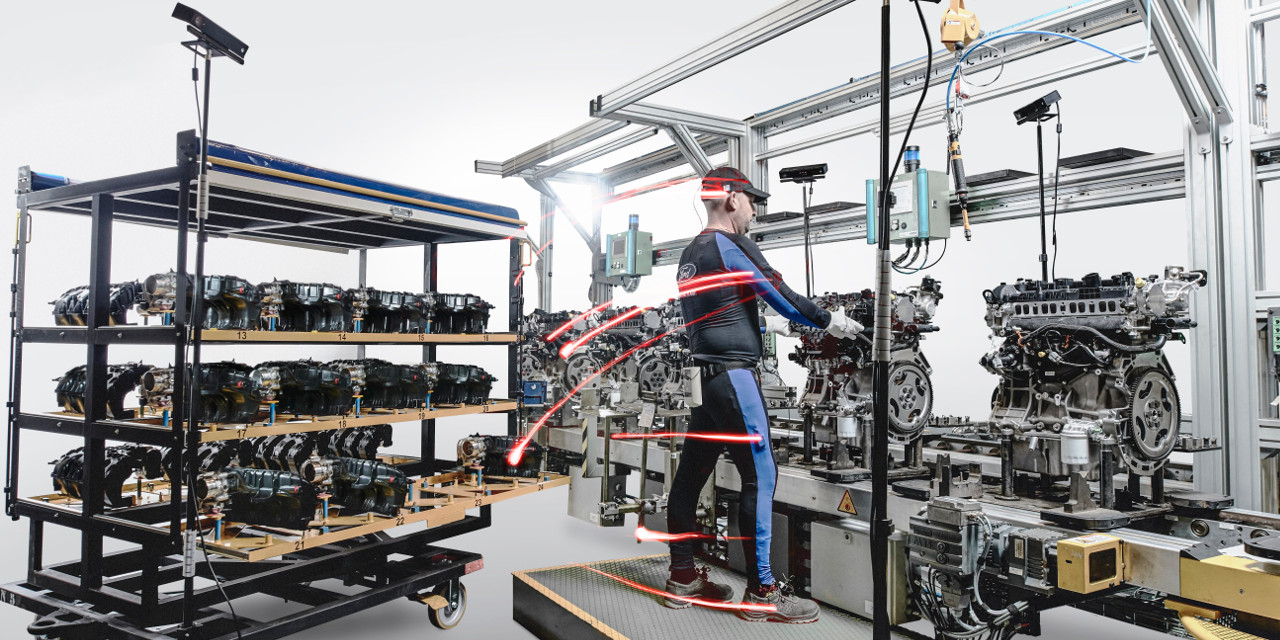 Ford Motor Company is using body-tracking technology of the sort used by the world’s top athletes in order to better understand the physical stresses encountered by its hourly workers as they produce engines for Blue Oval cars, trucks, and SUVs. A pilot program has been launched at Ford’s Valencia Engine Assembly Plant in Spain involving 70 workers in 21 different work areas within the plant, which uses a body-tracking system developed by Ford and the Instituto Biomecánica de Valencia in order to better understand worker exertion.

Ford is considering expanding the program to other manufacturing facilities across Europe, and the data gleaned from tracking workers’ movements at work could help the automaker to develop less physically-stressful workstations, reducing the risk of worker injury and boosting manufacturing quality.

The system uses a skin-tight suit with 15 small, movement-tracking light sensors, whose motions are recorded by four specialized cameras like those used by modern movement-tracking game consoles. The system produces a 3D skeletal animation of the worker, with head, neck, shoulder, and limb movements highlighted. From that, ergonomists are able to see how a worker can better align his or her posture to reduce physical exertion and lower their risk of injury, while captured measurements like height and arm length help to configure workstations that better fit the worker.

“It’s been proven on the sports field that with motion tracking technology, tiny adjustments to the way you move can have a huge benefit,” says Ford Valencia Engine Assembly Plant Production Area Manager Javier Gisbert. “For our employees, changes made to work areas using similar technology can ultimately ensure that, even on a long day, they are able to work comfortably.”

Ford says its deployment of body-tracking technology is part of a long-term initiative launched in 2003 to reduce the injury rate for its employees worldwide. Other recent pilot programs aimed at reducing the risk of assembly worker injury include trial tests of “collaborative robots” from KUKA Roboter at the automaker’s Cologne, Germany plant, and of an Ekso Bionics exoskeleton device named “EksoVest”.