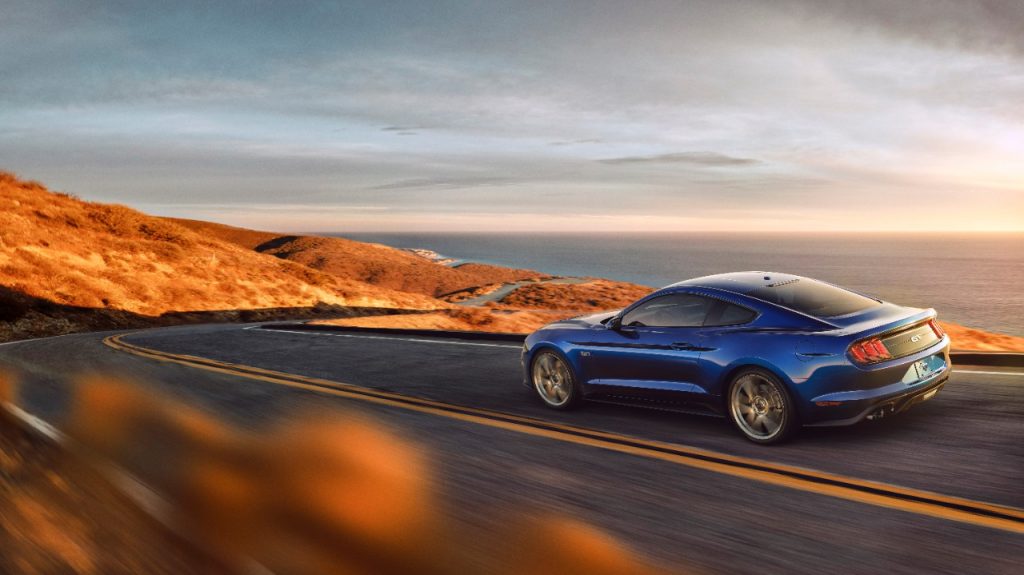 Ford celebrates a milestone today with its Mustang pony car. On Wednesday, the 10 millionth Ford Mustang left the assembly line after 54 years of continuous production.

To honor the 10 millionth car, Ford Mustang owners of all model years gathered at the Flat Rock assembly plant in Michigan to spell out the achievement with their cars. A flyover by P-51 Mustang fighter planes also marked the occasion. Additional celebrations are planned at Ford’s Dearborn headquarters for employees.

The 10 millionth car itself is a 2019 Ford Mustang GT six-speed manual convertible finished in Wimbledon White. The exterior color echoes the 1964.5 Ford Mustang sporting VIN 001, which was also equipped with a V8 engine and a three-speed manual transmission. The car produced 164 hp—a far cry from the 5.0-liter Coyote V8’s 460 hp today.

Over the past 50 years, the Mustang has been America’s best selling sports car, according to Ford’s analysis of registrations in the sports car segment. via IHS Markit. Despite emulators (we’re looking at you, Chevrolet Camaro), the Mustang has endured and morphed into a world-beating sports car with numerous variants. Ford was also keen to point out that the Mustang has the most likes on Facebook of any other vehicle nameplate.

And the Ford Mustang shows no signs of slowing down after 10 million cars. The vehicle has been the world’s best selling sports car for three years in a row and Ford plans to up the ante with the forthcoming Shelby GT500. But no matter what the future holds, Ford certainly appreciates its pony.

“Mustang is the heart and soul of this company and a favorite around the world,” said Jim Farley, president of global markets, Ford Motor Company “[It’s] a smile-maker in any language.”