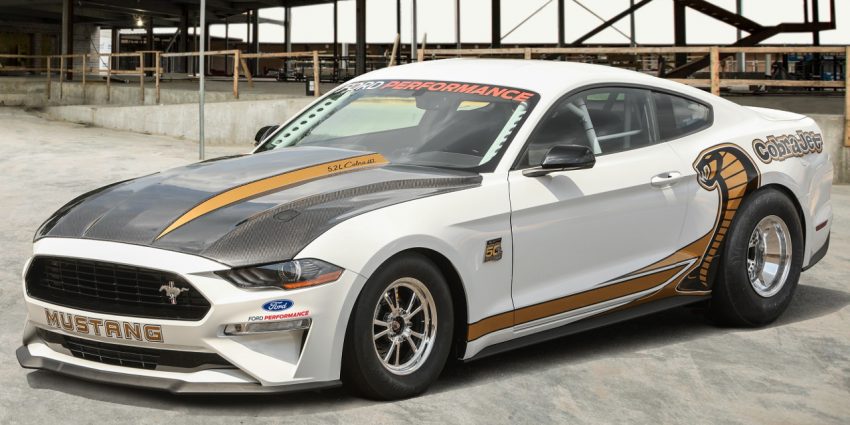 This year marks the 50th anniversary of the very first Ford Mustang Cobra Jet – Ford’s purpose-built drag racing pony car model that in 1968 kicked off a longstanding tradition of dragstrip dominance. And today, Ford Performance unveiled the next chapter in the model’s half-century-long story: the 2018 Ford Mustang Cobra Jet.

The new, limited-edition turnkey race car will make its first public appearance this weekend at Detroit’s legendary Woodward Dream Cruise. Powered by a strengthened, 5.2-liter version of Ford’s venerable 5.0 that’s been fitted with a 3.0-liter Whipple supercharger, the Cobra Jet is capable of quarter-mile passes in the mid-8-second range at speeds of more than 150 mph. Like past Cobra Jet models of the S550 generation, Ford has ditched the road-going Mustang’s independent rear suspension in favor of a 9-inch solid rear axle.

“From the very first Mustang Cobra Jets dominating the 1968 NHRA Winternationals to our modern-day racers, the Ford Performance Parts team continues to build on Cobra Jet’s success at the track over five decades,” says Ford Performance Parts Global Director Eric Cin. “This has inspired generations of Mustang fans to create their own performance machines for the street.”