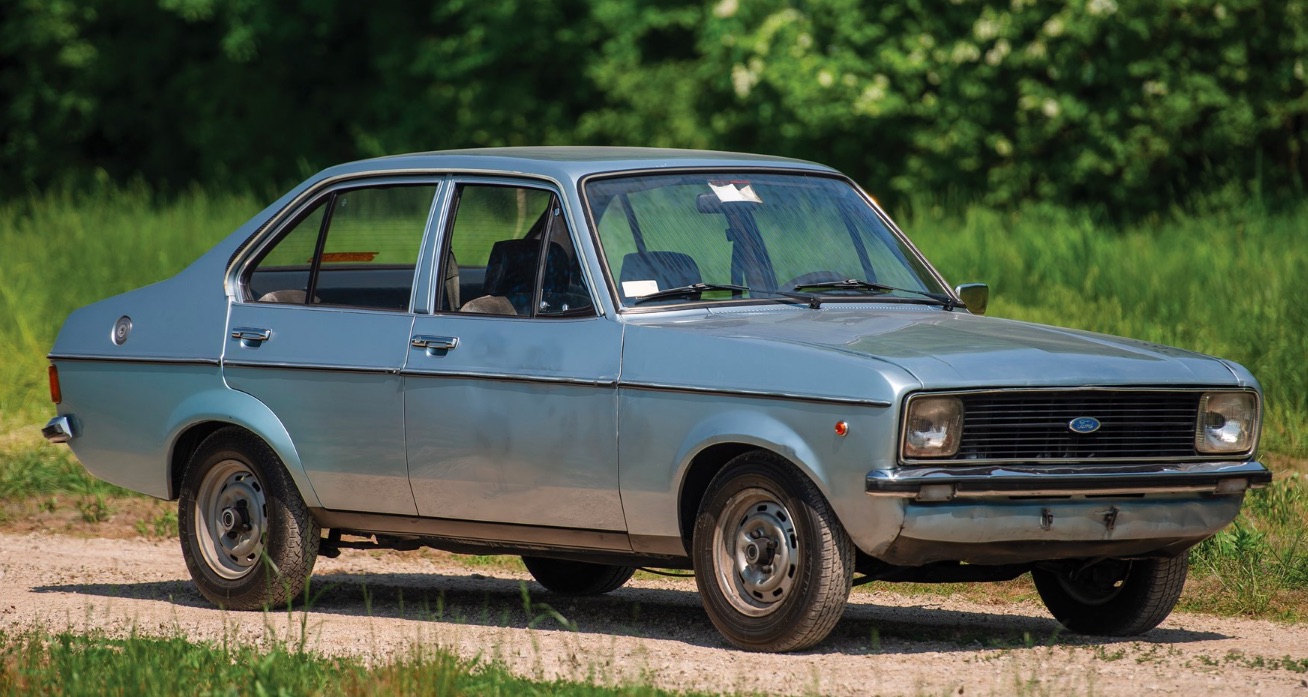 Holy Ford, we have ourselves another interesting find at the RM Sotheby’s Auction House. This time, we have come across the last automobile that was personally owned and operated by late Pope John Paul II.

Before being elected as Pope John Paul II in 1978, he drove a 1976 Ford Escort 1100 GL sedan. This piece of history is now on the marketplace. Upon his employment as Pope, the Escort was stored in the Vatican until 1996 and then was auctioned off to benefit Vatican charities.

Since then, the car has been passed along by a few collectors who have had the pleasure to own this unique and special vehicle that holds a story. This 42 year old Escort, built in the Ford Saarlouis Plant in West Germany, remains in the original condition since the Pope has used it.

Under the hood lies a 1.1L inline four-cylinder engine with a four-speed manual. The exterior color is Astral Silver which compliments the grey velour interior nicely. This “higher level” Escort has power brakes, driver’s side mirror, and even a clock. Who cares that it doesn’t have a radio, AC, or hubcaps, a modern day saint Pope used to cruise around in it for heaven’s sake.

This Escort is scheduled to be auctioned off by RM Sotheby’s this fall in Auburn. A part of the John M. O’Quinn collection, this vehicle is estimated to sell between $150,000 – $300,000. It will be interesting to see what this Escort goes for and where it lands. Check the listing out for yourself at RM Sotheby’s.