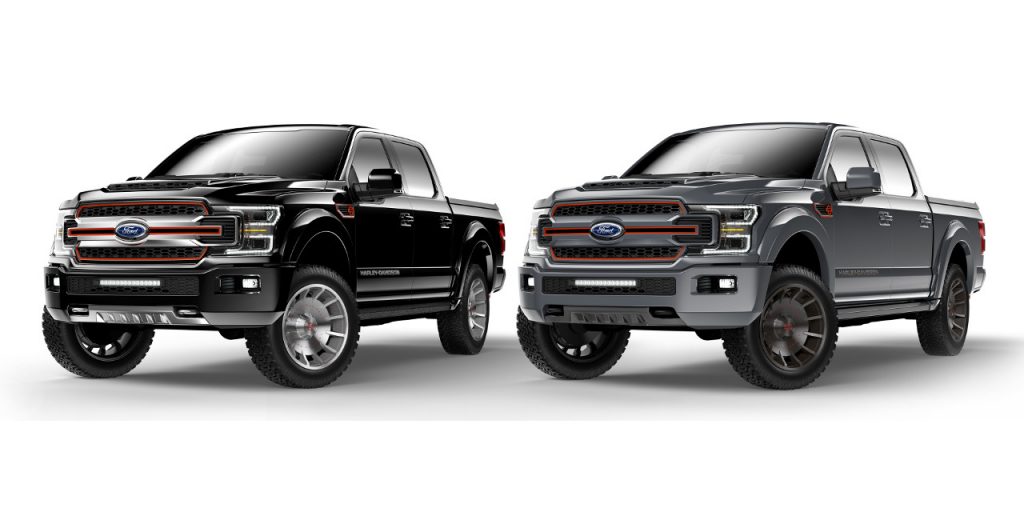 The truck was designed with the help of Tuscany Motor Co. – a FOX subsidiary that specializes in lifted trucks. It employs stylistic cues borrowed from the iconic Harley-Davidson Fat Boy motorcycle, and boasts some genuine off-roading cred thanks to its custom-tuned BDS Suspension lift with FOX shocks, its LED light bar, and the 35-inch all-terrain tires mounted to its Fat Boy-style 22-inch milled aluminum wheels.

Inside, the cabin has been made over with stainless H-D gauges, billet H-D racing pedals, H-D floor mats, H-D door sills, and a numbered center console plaque. The seats are trimmed in custom two-tone, diamond-stitched perforated leather, and custom color accents grace the doors, dash, and steering wheel.

“Harley-Davidson is one of the most iconic brands in the world,” says Tuscany Motor Co. Vice President Jeff Burttschell. “The new truck was designed to evoke the same sense of power and freedom as the Harley-Davidson motorcycles that inspired it.”

Neither pricing nor a release date have yet been announced for the 2019 Harley-Davidson Ford F-150, but we expect it will become available soon.