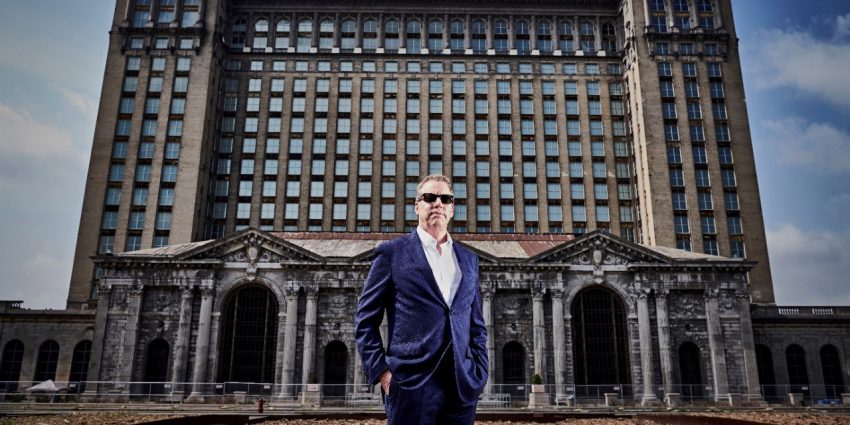 As Ford Motor Company hashes out its plans to transform Michigan Central Station – an historic, long-disused train station in Detroit’s Corktown neighborhood – into the central hub of its new Detroit campus, the automaker admits that purchasing the asset wasn’t without risk.

“We’re in a war for talent,” Executive Chairman Bill Ford said at the Crain Communications Detroit Homecoming event last Wednesday, explaining why the automaker ponied up the cash for such an expensive property. The automaker has to compete with firms in prime locations around the country for the best, most qualified young talent. Having such an iconic piece of property serving as a workspace is seen as an important asset that could do the trick.

Ford Motor Company hopes to build out enough workspace for some 5,000 at Michigan Central Station by 2022, about half of which will be its own employees, the other half being employees from partners, tech companies, and startups related to the automaker’s autonomous and electrified vehicle programs, as well as mobility services. Ford is preparing to start sealing the building against the elements, including replacing all the windows that were installed by the previous owners in favor of something a bit more period-correct.

When finished, Michigan Central Station will boast a ground floor with markets, restaurants, retail, and other businesses open to the public. The tower of the 500k-square-foot building will be devoted to office space – except, perhaps, for the top two floors, which might be converted to residential.

In attempting to purchase the property, Ford had an ally in the city of Detroit. At last Wednesday’s event, Mayor Mike Duggan said he knew Ford “could potentially have gone to Ann Arbor, they could have gone out to the west coast… I said ‘Look, we’ll move heaven and earth for you.’ It is flipping our image around the world.”

That cordiality might come in handy as Ford attempts to get $104 million in tax breaks from Detroit, as part of a combined total of $250 million in local, state, and federal incentives it seeks over the next 34 years to help cover the costs of Michigan Central Station and other Corktown properties.