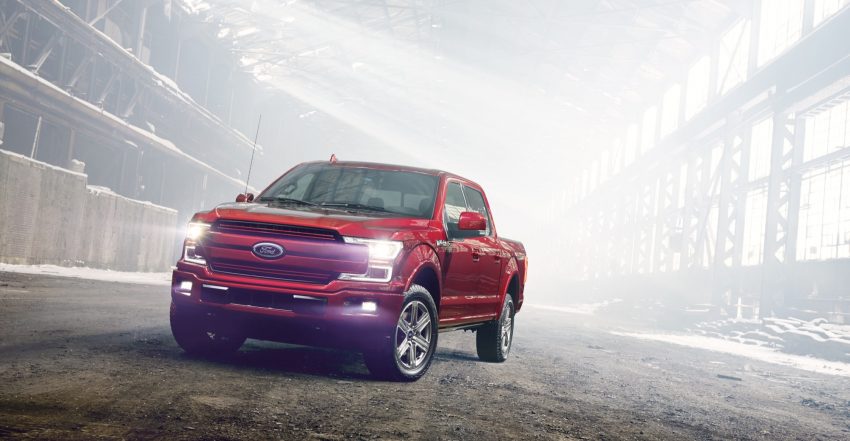 Ford has announced that its first-ever hybrid pickup truck – the 2021 Ford F-150 Hybrid – will be built at the historic River Rouge Complex in Dearborn, Michigan. This is hardly surprising, given that the current F-150 lineup is already built at the Dearborn Truck Plant within Ford’s sprawling, 600-acre Rouge Complex, but it serves as yet another item to cement the Rouge’s status as one of the most consequential production facilities in automotive history.

Production of the first-ever Ford F-150 Hybrid will start in the calendar year 2020, Ford says. The automaker hasn’t said whether the truck’s introduction will result in an expansion of the facility’s 7,500-strong workforce, which today produces a new F-150 every 53 seconds, nor how much additional investment will be required to enable Ford F-150 Hybrid production.

What is known is that Ford has also announced a coming expansion of its training facility in Allen Park, Michigan, just a few miles from the River Rouge Complex, at a cost of approximately $35 million. The facility’s footprint will grow by about half, to roughly 120k square feet. Additionally, the automaker says it’s opened a new, 135k-square-foot Advanced Manufacturing Center in neighboring Redford, Michigan. Whether that facility will play any part in producing systems or components for the 2021 Ford F-150 Hybrid is unknown.

“New technology and innovation continue to be hallmarks of all Ford plants – inspired by what the Rouge has been known for during the past century,” says Ford President of Global Operations Joe Hinrichs. “We will continue finding new ways to apply new technology and tools to deliver high-quality vehicles for our customers and even more meaningful work for our hourly workers.”

Ford’s Rouge Plant is the oldest continually-operating automobile plant in the United States, celebrating its 100th year of production this week. Despite its age, the facility is modern in every sense of the word, recently achieving zero-waste-to-landfill status, and the Dearborn Truck Plant features a vegetation-covered roof and rainwater-reclamation system. As the F-150 truck line switched from steel to aluminum bodies for the 2015 model year, Ford implemented a new closed-loop aluminum recycling system that helps the automaker recycle 12 to 15 million pounds of aluminum every month.