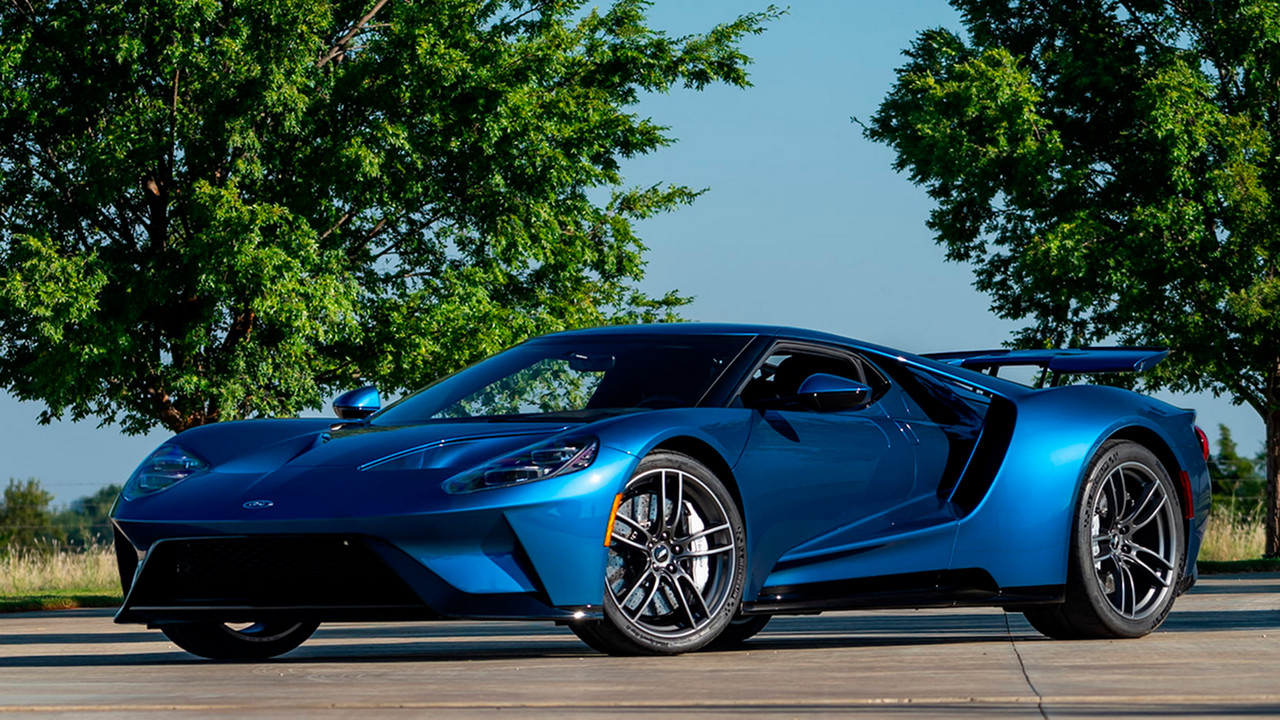 The blue 2017 Ford GT supercar that was originally sold by Ford to WWE superstar John Cena is heading for sale again, ending up on the roster for Mecum’s 2018 Dallas auction event early next month. As you may recall, Cena was promptly sued by Ford after the automaker discovered he had sold the Ford GT shortly after taking delivery; each of the car’s handpicked buyers are made to agree to keep the car for a minimum of 24 months, Ford says, so as to avoid money-hungry speculators.

Should John Cena’s old 2017 Ford GT supercar manage to sell at next month’s Dallas auction, it will have changed hands for the third time since its original sale to Cena, Motor Authority reports. And Cena may have been sued by the automaker for selling the car too soon after taking delivery, but there’s no reason why anyone who buys the car from this point on should have to answer to Ford; the 24-month ownership agreement was between Ford and Cena. Ever since Cena’s initial selling of the car, it’s effectively been “jailbroken” – that is, rendered free to legally change hands however many times it will. The last time this John Cena-owned 2017 Ford GT sold was roughly a month ago, fetching $1.5 million at an auction event held during Monterey Car Week. The starting price for one of Ford’s limited-run supercars, mind you, is less than a third of that, hovering around $450k.

The case of John Cena’s Ford GT is uniquely high-profile, but it isn’t the only case of an owner selling the car before their 24-month period ran out. Earlier this year, two additional Ford GT examples were auctioned, with only one of them having been approved by Ford because the original buyer had decided to auction his for charity. But Cena was forced to settle the lawsuit Ford brought against him earlier this year, surrendering an undisclosed sum of money to a charity organization at Ford’s behest, which ought to be enough of a deterrent to keep most owners from taking a similar tack.