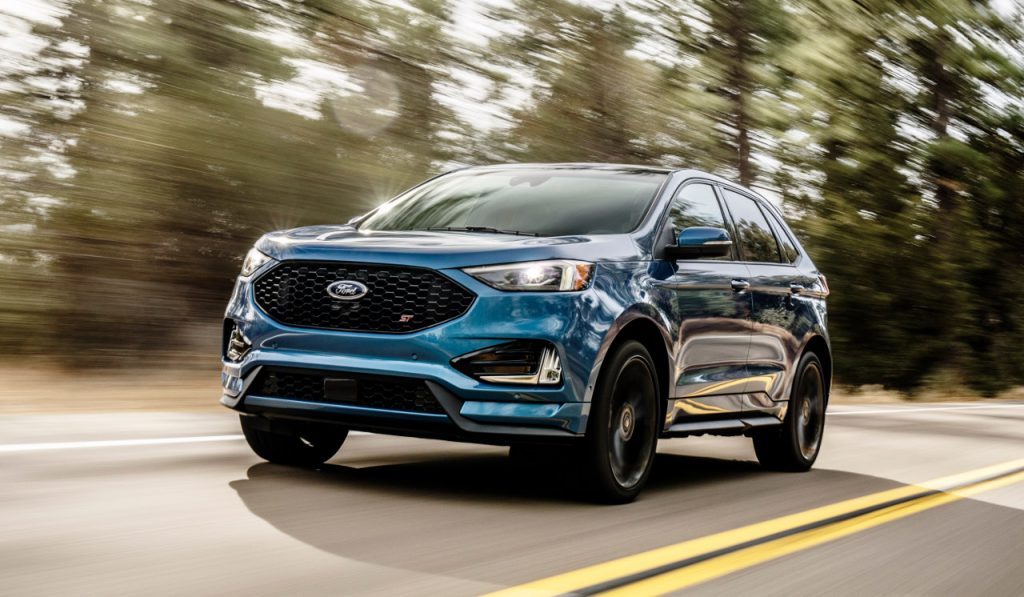 The all-new, 2019 Ford Edge ST – Ford’s first utility vehicle to wear the performance-oriented “ST” badge – is officially the quickest ST model ever, beating both the current Fiesta ST and the Focus ST in straight-line acceleration. Ford won’t put a precise figure on it, but the automaker says that “less than six seconds” is needed for the Edge ST to sprint to 60 mph from a standstill. For comparison, the Focus ST takes somewhere around six-and-a-half seconds to reach 60, depending on who’s doing the shifting.

We don’t figure we’ll see the 2019 Ford Edge ST winning too many autocross events after launch, but it’s good to know that the CUV’s larger size and greater curb weight haven’t ruled out decent performance.

After releasing Part 1 of a three-part documentary about the new Ford Edge ST earlier in the week, Ford Performance has just released the second and third parts, which can be seen above (Part 2) and below (Part 3). Part 2 discusses exactly what Ford Performance’s “DNA” is made up of – power and speed, yes, but also “driving dynamics, braking capability, cooling, the seats, the transmission and its shift quality,” says Ford Performance Chief Functional Engineer Ed Kranz. “It’s everything that you experience in the vehicle.”

In Part 3, the 2019 Ford Edge ST is handed over to pro NASCAR driver Joey Logano, who drives the No. 22 Team Penske Ford Fusion full-time in the Monster Energy NASCAR Cup Series. In the video, he puts the new performance-oriented crossover through its paces on a closed test course, remarking at the end of the test: “I have a family now – a wife and a little guy and a couple of dogs, and you’ve got to have the room – but I’m still a performance guy… They say this is the quickest ST they’ve ever built. That means a lot to me.”

The first-ever Ford Edge ST is launching this year alongside a completely-refreshed Ford Edge lineup that features an all-new eight-speed automatic transmission co-developed by Ford and GM, and a standard 2.0-liter EcoBoost I4 petrol engine. The ST is the only 2019 Edge model with access to Ford’s 335-horsepower, 2.7-liter EcoBoost V6.

High-Performance Shelby GT Mustang Returns For 2019, More Capable Than Ever