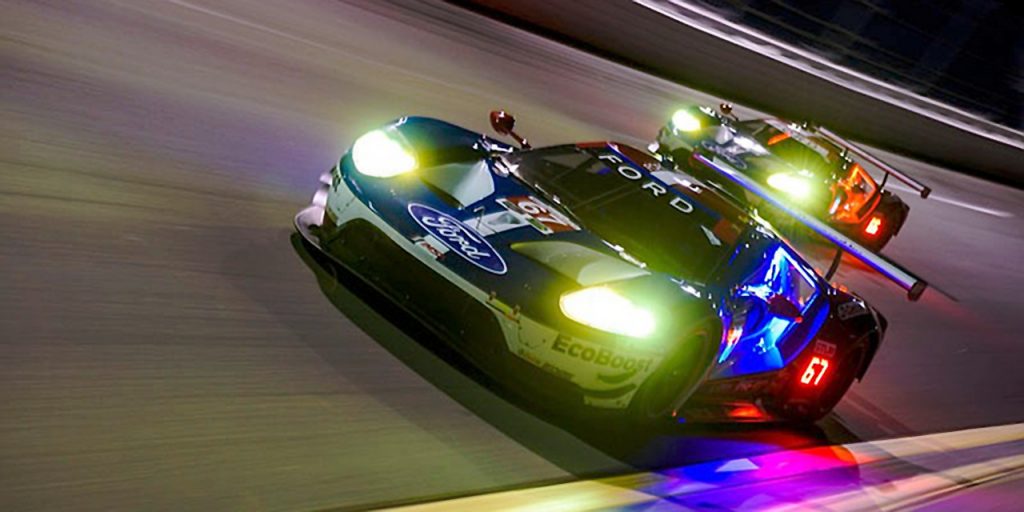 Both Ford Chip Ganassi Racing Ford GTs battled hard for the lead at the 2018 Motul Petit Le Mans, the No. 67 car landing in second with about 50 minutes left on the clock. The team had a strong chance of stealing the Team Championship away from the No. 3 Chevrolet Corvette C7.R, since that car had dropped back to ninth after hitting a wall nearly two hours prior. Unfortunately, the Ryan Briscoe/ Richard Westbrook-driven car was forced to pit, promptly dropping back to finish the race in fifth in the GTLM class. The No. 66 Ford GT finished two places back in seventh, although drivers Hand and Mueller went home with a consolation prize in the form of the North American Endurance Cup Driver titles.

“I think we had a really solid day,” said Ryan Briscoe of the No. 67 Ford GT. “The guys did an awesome job. I think we drove the right strategy. We got the car to the front. We got it in the position where we were fighting for the championship in the last hour. I was doing qualifying laps for half of the last stint.

“We’ve had a really good year,” he continued. “A little bit too up-and-down. We need to work a little bit on our consistency for next year, but I had a blast. I love this race. I absolutely had a blast today. The last 30 minutes were just really disappointing.”

The Ford GT had more class wins in the 2018 season than any other GT Le Mans racing team, with a total of five, but the No. 3 Chevrolet Corvette C7.R team of Antonio Garcia and Jan Magnussen made it to the podium with better consistency, placing second or third at eight of the season’s twelve races.