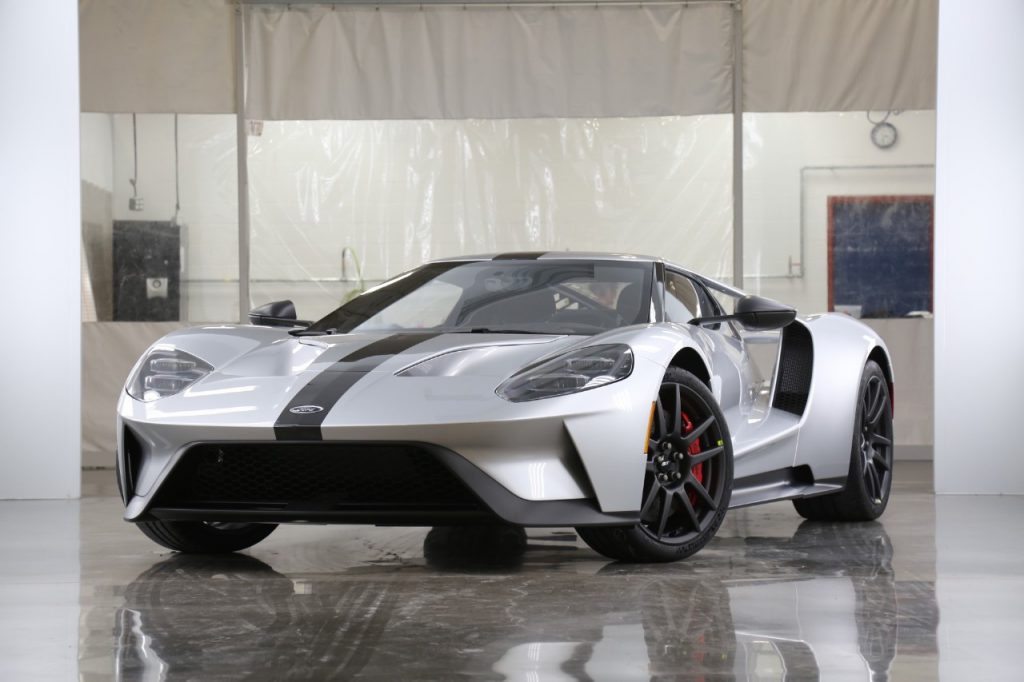 Had we the money to spend on the Le Mans-winning Ford GT supercar, there is plenty we’d want to do with it. Watching it burn to the ground isn’t on the list.

But that’s what one 52-year-old German owner had to endure over the summer, after his brand-new Ford GT Competition Series caught fire just outside of Munich. He’s since been given an identical replacement by Ford, but the automaker has reason to believe that the fire might not have been a total fluke, issuing a recall for approximately 200 Ford GT supercars built between December 20th, 2016 and July 31st, 2018. Of the affected cars, 194 reside in North America, with 176 in the United States and 18 in Canada.

Ford believes that the fire was caused by a hydraulic fluid leak at the rear of the vehicle, which dripped flammable fluid onto the hot exhaust that then ignited. The fluid is thought to have leaked from the valve block assembly underneath the rear wing; the Ford GT uses a hydraulic system to adjust the wing and suspension to optimize the car for the selected performance drive mode. The wing is especially active, functioning as an air brake at speeds above 75 mph in every drive mode, and raising or lowering at certain speed thresholds, depending on the mode.

To fix the issue, dealers will perform an integrated vehicle controller software update to affected cars to prevent excessive pressure in the valve block. Additionally, some examples of the Ford GT will have a hydraulic check valve installed, along with replacement of the o-rings and filter, as necessary.

The 2017+ Ford GT supercar is built under contract by Multimatic in Canada. Since its launch late in 2016, Ford has shipped more than 200 units of the car in markets around the globe.