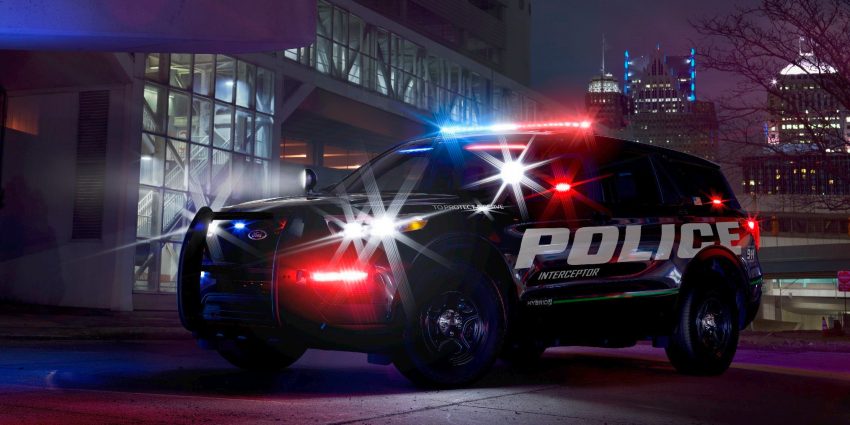 The quickest cop car available in America today isn’t a car at all, but a high-performance version of the Ford Police Interceptor Utility with a twin-turbocharged, 3.0-liter V6 and standard all-wheel drive. The Ford Explorer-based police utility vehicle was already the best-selling police interceptor in the U.S., but for 2020, it’s building on its existing legacy with exploits like quickest 0-to-60-mph and 0-to-100-mph times, fastest lap times, and highest top speed among police pursuit vehicles.

“The all-new 2020 Police Interceptor Utility offers significant potential fuel savings with no trade-offs in safety, passenger or cargo space – on top of bringing improved performance,” says Ford Police Brand Marketing Manager Stephen Tyler. Until now, law enforcement agencies generally had to choose one or the other – performance or fuel economy – he says, but even the standard hybrid model bested comparable V8-powered offerings in Michigan State Police testing, all while being equipped to save agencies an anticipated $3,500 per vehicle, per year in average refueling costs.

In 2017, 52 percent of all police vehicle sales to law enforcement were Ford Police Interceptor Utilities, the automaker says. If all those vehicles had been as efficient as the new hybrid, America’s law enforcement agencies could have saved an estimated 43 million gallons of fuel, equating to $126 million in total refueling costs at $2.93 per gallon.

The all-new, 2020 Ford Police Interceptor Utility is open for orders now, with deliveries slated to commence in the summer of 2019. Not a cop? There’s still plenty to take away from this story, as we strongly suspect that the new police CUV previews the forthcoming 2020 Ford Explorer in a major way. Stay tuned for more on that.

The 2019 Ford Edge ST Is Ford’s Quickest ST Ever: Video