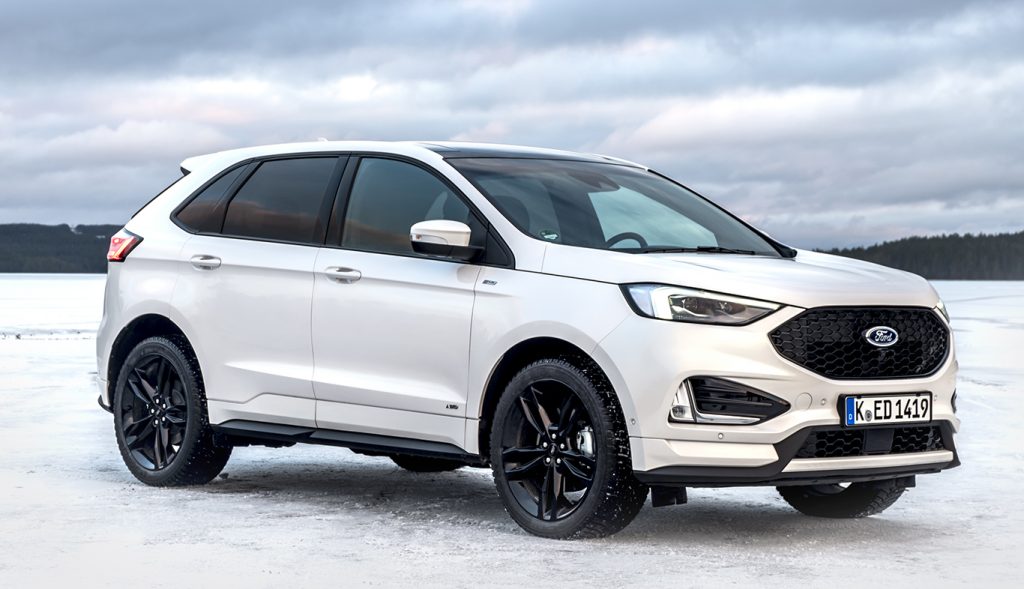 The 2019 Ford Edge has made its debut for the European market. What largely sets it apart from the U.S. version is the availability of a new 234 horsepower bi-turbo variant of Ford’s 2.0‑liter EcoBlue diesel engine. Europe currently does not have the all-new, 2019 Ford Edge ST – Ford’s first utility vehicle to wear the performance-oriented “ST” badge. It is officially the quickest ST model ever, beating both the current Fiesta ST and the Focus ST in straight-line acceleration. Ford won’t put a precise figure on it, but the automaker says that “less than six seconds” is all that’s needed for the U.S. Ford Edge ST to sprint to 60 mph from a standstill. However, Europe’s ST-Line is mostly about cosmetics and not performance. Visual updates for the 2019 Ford Edge range include a wider grille with a unique finish for each model and a freshened fascia that combine to create a more athletic and modern appearance. Standard LED headlamps and taillamps can be complemented with available LED signature daytime running lamps. A redesigned hood imparts a wider, more planted stance.