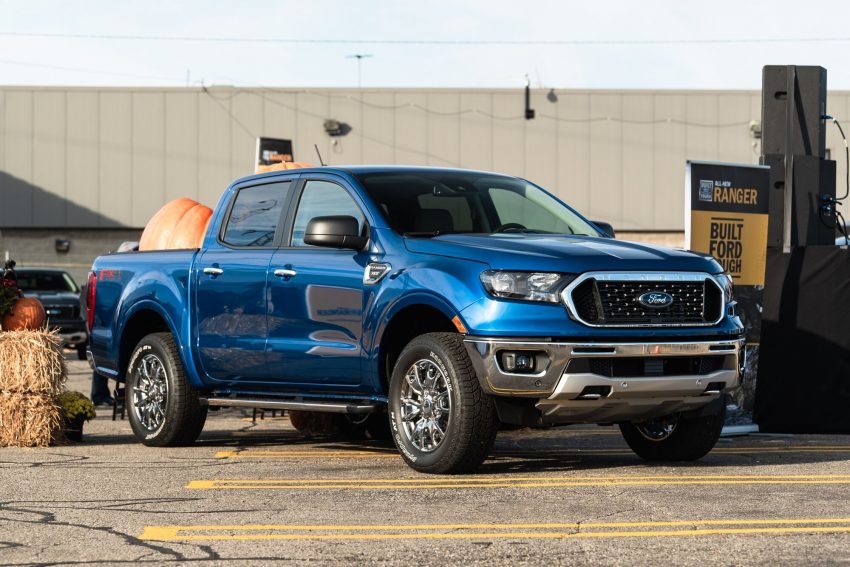 The 2019 Ford Ranger fuel economy numbers are in, and it’s the most fuel-efficient gas-powered midsize pickup in America. It has earned EPA-estimated fuel economy ratings of 21 mpg in the city, 26 mpg on the highway and 23 mpg combined for 4×2 trucks.

Along with 270 horsepower, the Ranger’s standard 2.3-liter EcoBoost engine produces 310 lb.-ft. of torque, delivering the most torque of any gas engine in the midsize pickup segment. The 2019 Ford Ranger has a class-exclusive 10-speed transmission, which helps boost the 2019 Ford Ranger fuel economy numbers. Power-wise, the engine is no pushover, either. Along with enjoying superior 2019 Ford Ranger fuel economy numbers, the 2.3L EcoBoost gasoline engine shared with the Ford Mustang beats the V6 gas engines from its midsize truck competitors to deliver best-in-class 310 lb.-ft. of torque and best-in-class towing capacity of up to 7,500 pounds with the available tow package and best-in-class 1,860 pounds of maximum payload.

In the U.S. and Canada, the 2019 Ford Ranger is offered as a mid-size pickup truck in either SuperCab or SuperCrew cab configurations. A two-door version will not be available, though such a cab is available in international markets. Ranger production is underway at Michigan Assembly Plant. The truck arrives at dealers nationwide starting in January. The Ranger is currently being introduced to the automotive media at an event in San Diego, California.