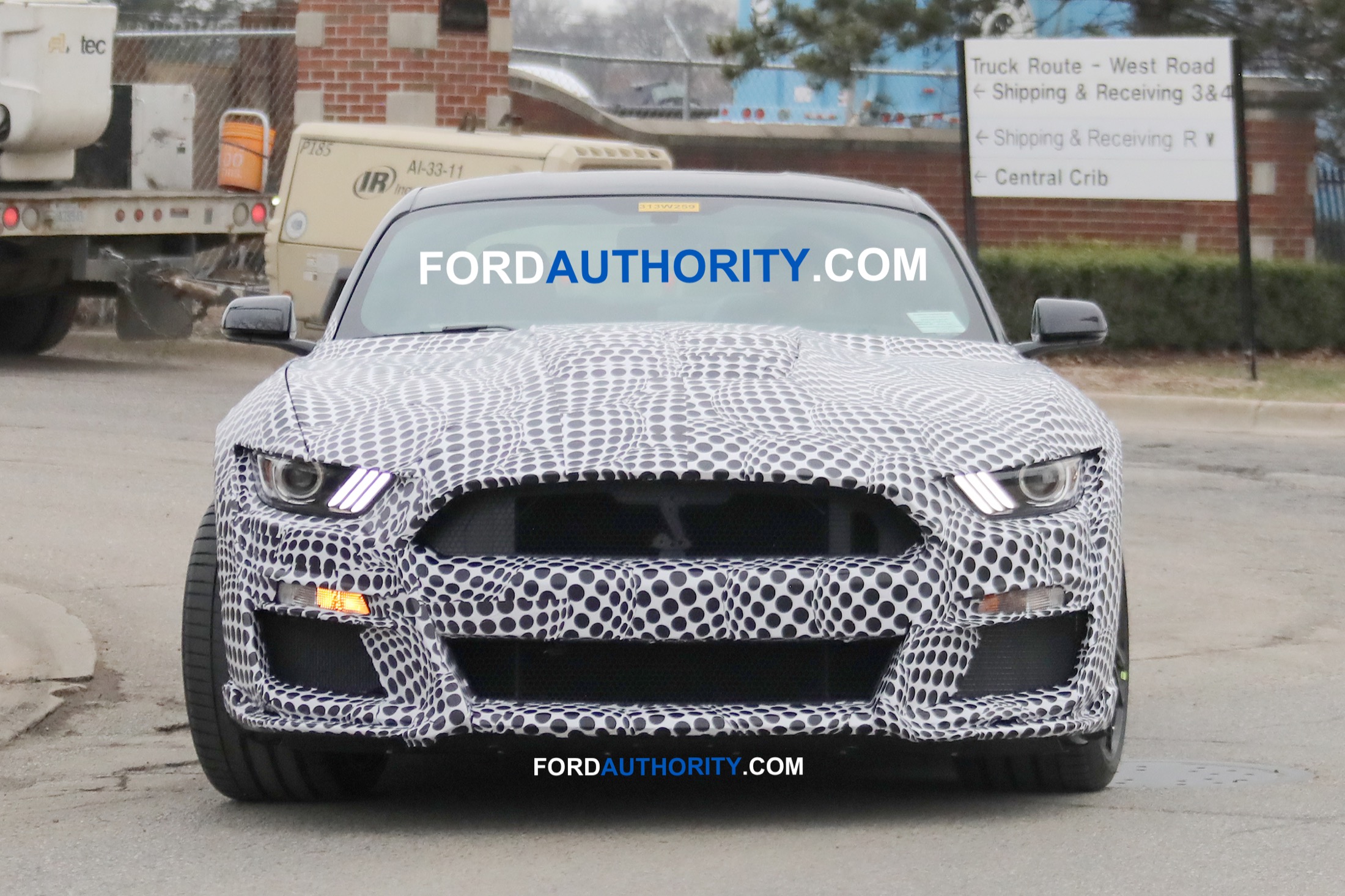 We’ve seen spy shots and heard rumors about the Ford’s forthcoming 2020 Mustang Shelby GT500, but we have to ask ourselves: how great will it really be? The current Shelby GT350/GT350R has proven itself as an all-around performer, but what about the bigger, badder GT500 brother?

With the North American International Auto Show in Detroit less than one month away, anticipation surrounding the 2020 Ford Mustang Shelby GT500 is at an all-time high. Before the latest Mustang is officially released, let’s break down how we think the 2020 Mustang Shelby GT500 will stack up against its siblings, and of course, the competition. Will the horsepower figure start with a 7 or 8? We think that it’s more realistic that we’ll see a 7xx horsepower GT500 revealed in Detroit, rather than one with 8xx horses.

As far as torque goes, the rumors hover around the 650 pound-feet mark, but have yet to be confirmed.

That torque figure also brings up potential transmission options for the 2020 Mustang Shelby GT500. In September, we reported that the new GT500 might skip a manual transmission and go with a dual-clutch strong enough to handle 650 pound-feet of twist.

This might break the hearts of purists, but it would translate to quicker zero to 60 times, quarter miles, and laps around circuits all over the world.

But just what is Ford aiming to accomplish with the 2020 Mustang Shelby GT500? Is it going to be a straight line, drag focused muscle car to compete with the Dodge Challenger Demon or be a track monster like the Camaro ZL1 1LE?

We hope that the GT500 will be able to keep up with a Challenger Hellcat in a straight line, but don’t be surprised if the Demon bests the GT500 in the quarter mile. So then, will the GT500 aim towards more track-focused cars such as the Camaro ZL1 1LE? The ZL1 1LE sports GM’s supercharged 6.2-liter V8 from the Corvette Z06 and Cadillac CTS-V, while packing 650 horsepower and 650 pound-feet of torque, and enough suspension and aero tech to pull 1.18 Gs according to Car and Driver.

We hope that the GT500 will take back some performance wins that the ZL1 1LE stole from the GT350R, like braking. To wit, it takes the ZL1 1LE 141 feet to stop from 70 mph, five feet shorter than the GT350R. If the GT500 ends up having over 700 horsepower, big brakes (perhaps even of the ceramic variety) will be a necessary addition to the package. Since the GT350/GT350R are sporty Mustangs with a focus on the road course, and the previous-generation GT500 was more of a straight line muscle car, we can only hope that the 2020 Mustang Shelby GT500 will be the best of both worlds.

Ultimately, the 2020 Ford Mustang Shelby will be a thrill to drive, but where will it truly shine? Our hope is that the new GT500 will be faster than a Hellcat in a straight line, and out-corner its sibling, the GT350R and Camaro ZL1 1LE archrival at every racetrack in North America.

If it doesn’t, then what’s the point? For now, all we can do is speculate, but we’ll be (impatiently) waiting to find out all of the official details in January 2019 in Detroit.

Video Shows Just How Much Lower The 2018 Ford Mustang’s Hood Really Is: Video