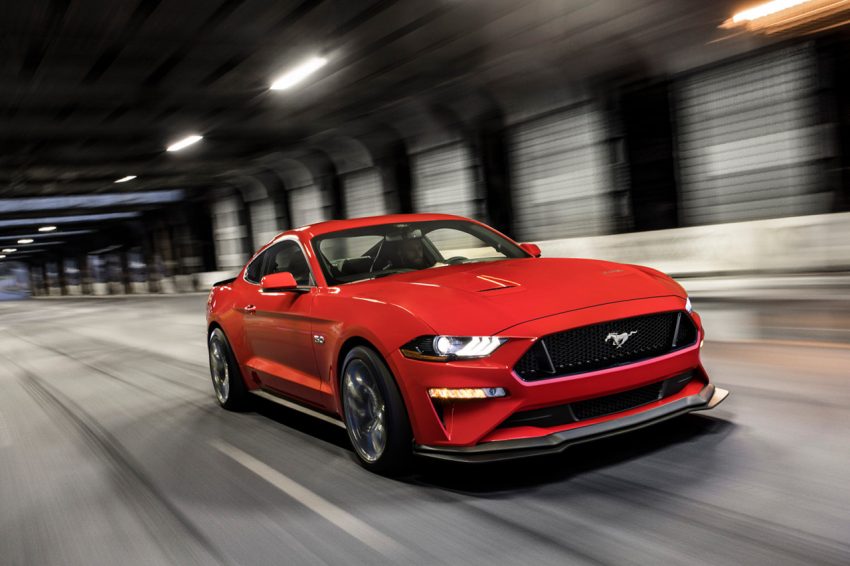 We just saw how a Roush Stage 3 Mustang faired against a C7 Z06 Corvette, but now it’s time to see what happens when a Mustang GT Performance Pack 2 lines up next to a Chevrolet Camaro SS 1LE. MotorTrend took these two modern pony cars to a dry desert lake bed and threw some dirt around while achieving speeds over 150 mph over the course of a mile.

We’re not sure if the same scenario would play out in a road course, but if you want to watch the full analysis of the two cars, then you’ll have to subscribe to the MotorTrend Network. MagneRide dampers come standard, albeit with entirely different calibrations than on Performance Pack 1-equipped cars, and with unique jounce bumpers. The front springs are 20% stiffer than those on PP1; the front sway bar is 12% stiffer, while the rear is an astonishing 67% stiffer. That special rear sway bar represents the biggest one ever fitted to a Ford Mustang. According to Ford, the result around a 200-foot skidpad is 1.05 g of lateral acceleration, vs. 0.97 g for PP1, thanks to 305mm-wide tires in all four corners of the pony car.

All in, it’s a $6,500 package, available only on the Ford Mustang GT with available 6-speed manual transmission; no 10-speeds allowed.