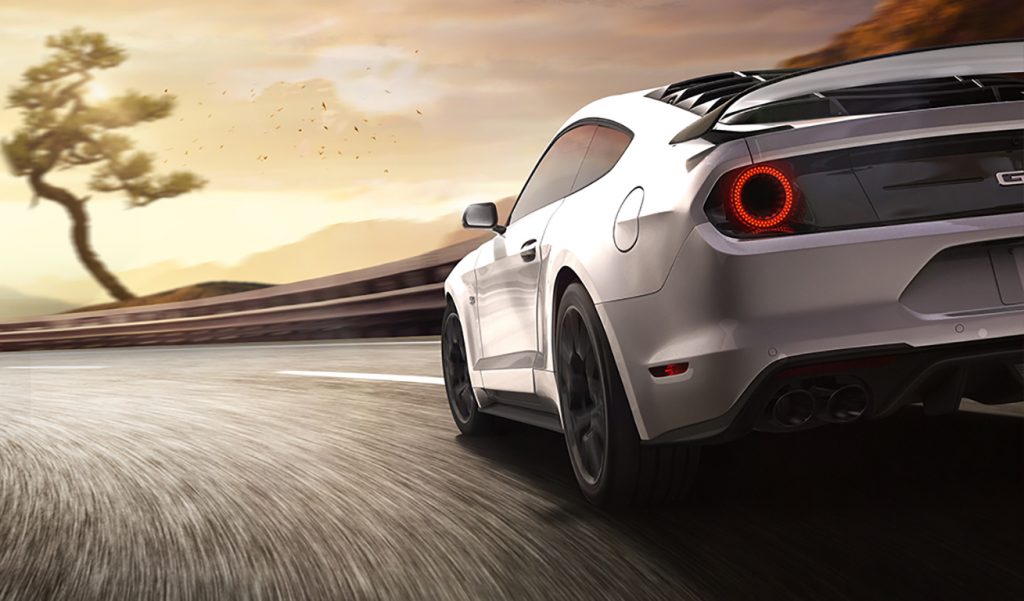 Sometimes it’s the little things in life that make such a big difference. Case in point: these after-market taillights that mimic the rear lighting signature of the Ford GT supercar. Some can make the observation that adding these lights brings out a bit of a Ferrari F12 vibe. But we’re sticking with the belief that it strongly resembles the Ford GT, too, and not just because this is a website that covers Ford Motor Company. People invest a lot of money changing their Mustangs into different creatures. Some of our favorites would be the 2019 Ford Mustang RTR with its Formula D-inspired style and the Roush Ford Mustang from SEMA in 2017 that took a Boss 429 Mustang and made it pop visually.

One of the beauties of the Raxiom Halo LED Ford Mustang tail lights is you don’t have to make a major dent in your wallet. It appears you can acquire them for about $499 online. The only problem is they are currently sold out. You’ll just need to keep checking.