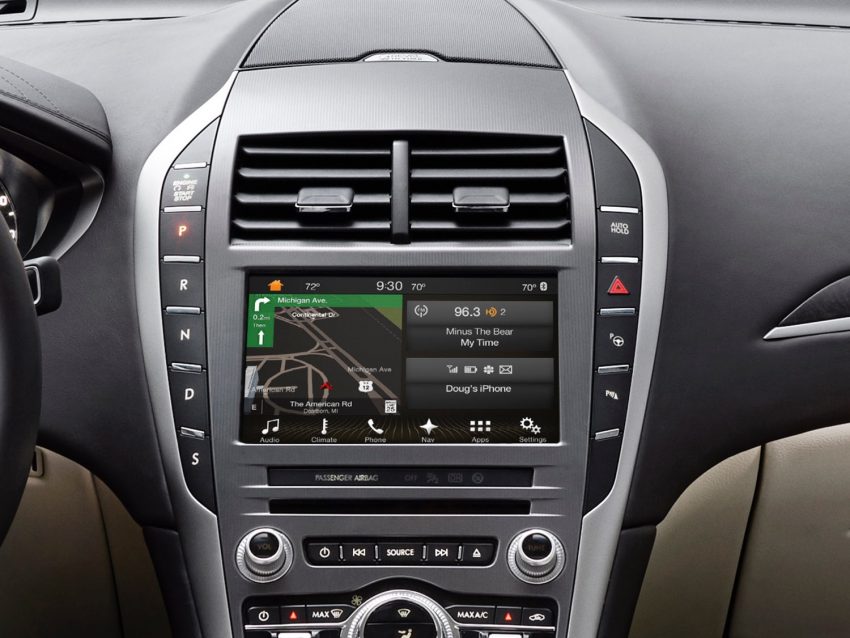 The second-generation Lincoln MKZ introduced a push-button gear selector that swaps the traditional gear shifter for a vertical row of buttons on the center stack. It was one of FoMoCo’s first implementations of digital gear selector technology, which digitizes the entire shifting stack by removing a physical connection between the shifter and transmission. Since its introduction, the technology has made its way across the entire Lincoln product portfolio. But now, Lincoln is introducing a completely-redesigned version of the push-button shifting interface.

The new version retain the push-button digital gear selector, but completely reconfigures the interface – switching from a vertical set of buttons on the center stack to a horizontal set of buttons near the center console. The all-new 2018 Lincoln Navigator was first to introduce the new mechanism, followed by the recently-unveiled 2020 Lincoln Aviator. In addition, sources familiar with the automaker’s plans have confirmed to Ford Authority that future Lincoln models such as the Corsair (which is expected to replace the MKC) and next-gen Nautilus (which will replace the MKX / current Nautilus) will also adopt the horizontally-positioned push-button gear selector.

Having spent a good amount of time with both the vertical and horizontal shifters, we must say that we much prefer the look and functionality of the new, horizontal interface over the vertical one.

Ford F-150 Lightning To Get Updated Sync 4A Interface