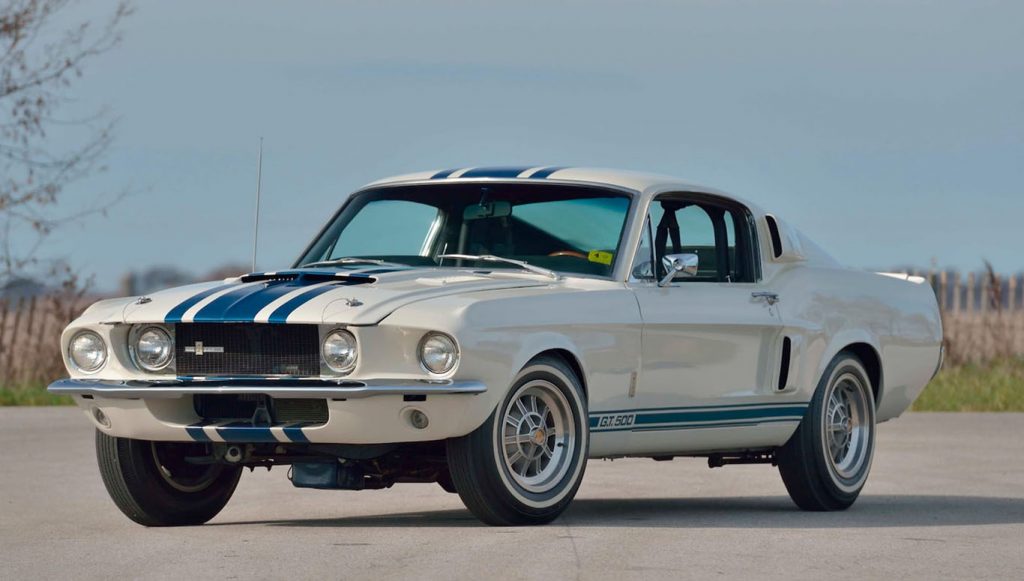 The one-and-only 1967 Shelby GT500 Super Snake crosses the Mecum auction block this January in Kissimmee, Florida. It is expected to fetch at least $1 million thanks to its unique status, almost no deterioration over five decades and only 26,000 miles on the odometer.

The backstory to the Shelby GT500 Super Snake is intriguing. It was inspired by the 1967 Ford Mustang that was redesigned to take the 390/320 HP big-block V8 engine. Carroll Shelby took the next step and built the GT500, the first big-block Shelby GT, powered by a modified Police Interceptor 428 cubic-inch engine rated at 355 horsepower. The Shelby GT was an instant hit and outsold its small-block GT350 stablemate 2,048 to 1,175 units. During this period, Shelby was also the West Coast distributor for Goodyear. The tire company approached him with the concept of building a supercar that would outperform anything else in the world, according to the Mecum auction notes. Shelby instructed Fred Goodell, Shelby American’s chief engineer on loan from Ford, to prepare a GT500 with a special engine for the test, which would be held at Goodyear’s high-speed test facility near San Angelo, Texas.

For the challenge, Goodell selected a special lightweight 427 racing engine. It came with a special rear axle, a special transmission and Goodyear’s Thunderbolt tires, which were an economy line Goodyear was debuting. The engine at the time was described as “the mother of all 427s.” It was constructed with aluminum heads, aluminum water pump, forged crank, Le Mans rods, just basically everything inside the engine was built to run sustained 6,000 rpm — to race at Le Mans. An external oil cooler, braided lines and a remote oil filter were installed to increase the 427’s reliability; stiffer springs and shocks were mounted on the passenger side of the GT500 to counteract the high-speed cornering forces it would encounter on Goodyear’s 5-mile oval track. The Shelby GT500 Super Snake was then completed with one-off chrome inboard headlight surrounds and a unique version of the production Le Mans striping with two narrow blue stripes flanking a wide blue center stripe, elements that distinguish it from all other GT500 Mustangs.

The Shelby GT500 Super Snake was driven an average 142 mph for 500 miles. The tire test was considered a success. The skinniest tires ever mounted on a Shelby GT, the Thunderbolts had performed flawlessly, retaining 97 percent of their original tread. Once the test was completed, Shelby allegedly stripped the Thunderbolts off the Shelby Supersnake, which would be the last time they were shod with them. That is until the current owner Richard Ellis, a collector of rare Mustangs in Illinois, managed to locate a set of four original Thunderbolts in Akron, Ohio. The tires had not been reproduced, or even heard of, for 35 years. Now the Shelby Supersnake once again has its 7.75×15-inch Goodyear Thunderbolt whitewall tires.

Stay tuned to Ford Authority as we bring you the latest Ford news and Shelby GT500 news.