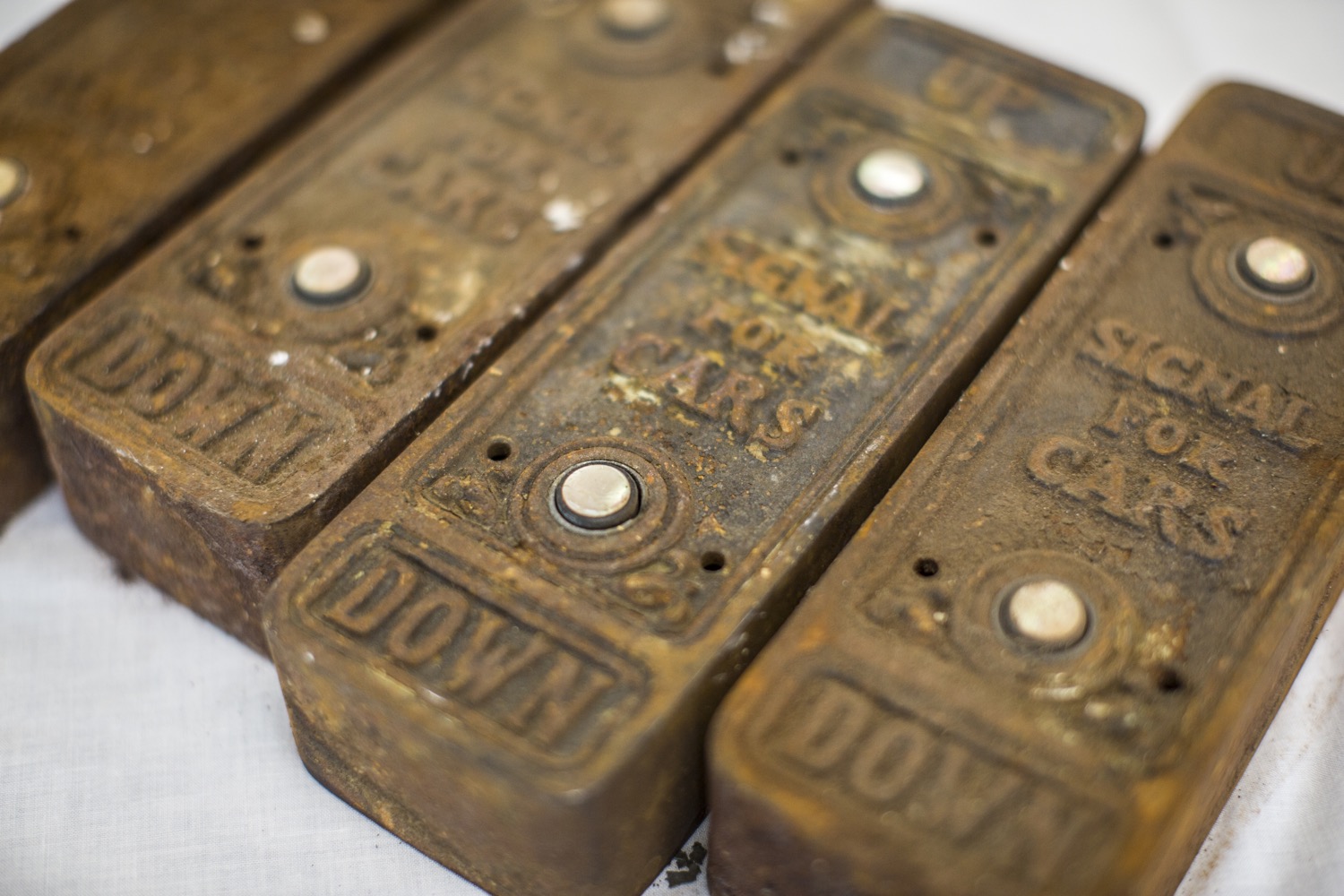 In December 2018,  Bryan J. Brincat dropped off several items in a construction trailer outside Michigan Central Station. Within the trailer there were items ranging from cast iron wall sconces once positioned by the station’s elevator doors, cast iron decorative pineapple railing toppers, and cast iron elevator buttons. These artifacts are now back where they belong.

The timing couldn’t be better, as Ford announced plans to purchase the iconic train station in June, 2018. Ford plans to make the station a centerpiece of a new mobility campus. According to Ford, residents from Metro Detroit and beyond have brought back a variety of artifacts and decorative parts taken from the historic building during the three decades it was abandoned. Art deco antiques ranging from old mail chutes to fountains and light fixtures are not only assisting Ford in its preservation efforts, but they also play an important role in linking the station’s past to its future. Ford is creating a new exhibit to give the public an opportunity to see this growing collection of Michigan Central Station artifacts. Cast iron wall sconces pictured.

“By the time I walked through the station in 1989 or 1990, it had been pretty much stripped of everything,” recalls Brincat, owner of Brincat Construction and J & B Development. “How grand that building was before they took everything. There were beautiful monstrous chandeliers in the main entrance. I went in one day and they were gone. Pickers were going after copper, brass, aluminum and wiring. I thought there was no value in the cast iron objects I took.”

Looters may have left their mark, but with the help of the Detroit Historical Society, Ford is making efforts to create a new exhibit and give the public an opportunity to see a growing collection of these Michigan Central Station treasures. In addition to the latest returned items, the new display will feature the beloved clock that once hung proudly outside of Michigan Central Station.

“The first thing people will see when they come to this exhibition is the clock face, and it’s so impressive,” says Joel Stone, a curator with the Detroit Historical Society. “Anybody who had been to the train station back in the day would remember. It was at the end of the building where the taxi drop off was. It’s the most well-known and the neatest artifact that has found its way home so far.” Ford is creating a new exhibit to give the public an opportunity to see this growing collection of Michigan Central Station artifacts. Cast iron decorative pineapple railing toppers pictured.

These Michigan Central Station items will be incorporated into Ford Motor Company’s overall collection of treasured antiques, artifacts, and otherwise historically relevant items that will be preserved and properly cared for.

The new exhibit will be on display at Ford’s Michigan Central Station Winter Festival, a 10-day outdoor event to be held this month in conjunction with the North American International Auto Show. The festival will be free and open to the public, beginning January 18. It will feature a 3D projection light show on the exterior of the building, live entertainment, music, artists, food trucks, and activities for all ages.

Back To Black: How Ford Returned To Profitability In Europe