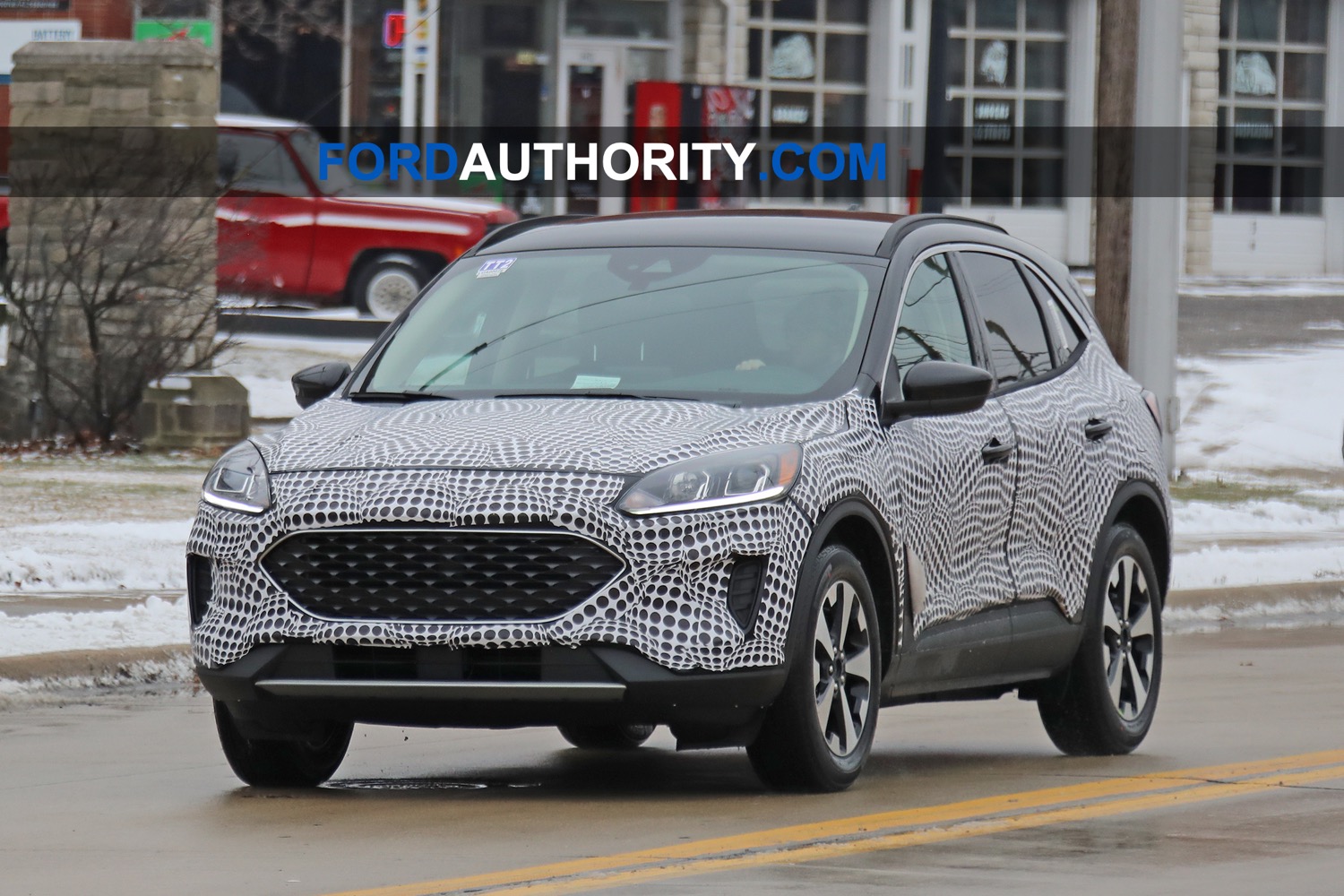 We already knew that an all-new Ford Escape is coming for the 2020 model year. What we didn’t know is how its cabin will look until now. Our brazen spy photographer managed to capture some shots of 2020 Ford Escape interior as it was undergoing testing with minimal camouflage, thereby giving us our first look at the cabin of Ford’s upcoming crossover SUV.

The photos clearly show a cabin identical to that of the all-new Ford Focus, which (sadly) is no longer coming to the U.S. market. In fact, the entire center stack of the 2020 Ford Escape interior seems to have been lifted straight off the new Focus, along with other elements such as the gauge cluster and the dashboard elements that stretch into the passenger side of the vehicle. Riding on the new and highly-modular Ford FWD architecture, the 2020 Ford Escape should be powered by Ford’s 1.5L EcoBoost three-cylinder engine making about 180 horsepower and 200 pound-feet of torque. The up-level engine will be the 2.0L EcoBoost four-cylinder making 260 horsepower and 260 pound-feet of torque will be optional. Both engines should be mated to an 8-speed automatic transmission co-developed with General Motors. Escape hybrid and plug-in hybrid models will be part of the mix. Expect the 2020 Ford Escape to be revealed in the very near future and go on sale in the second half of the year. The vehicle will retain the Kuga name in select global markets, such as Europe and Australia. Direct rivals will include the Chevrolet Equinox, GMC Terrain, Mazda CX-5, Jeep Cherokee, Toyota RAV4, Honda CR-V, Nissan Rogue/Rogue Sport, Hyundai Tucson, Kia Sportage, Volkswagen Tiguan, Mitsubishi Eclipse Cross, and others.