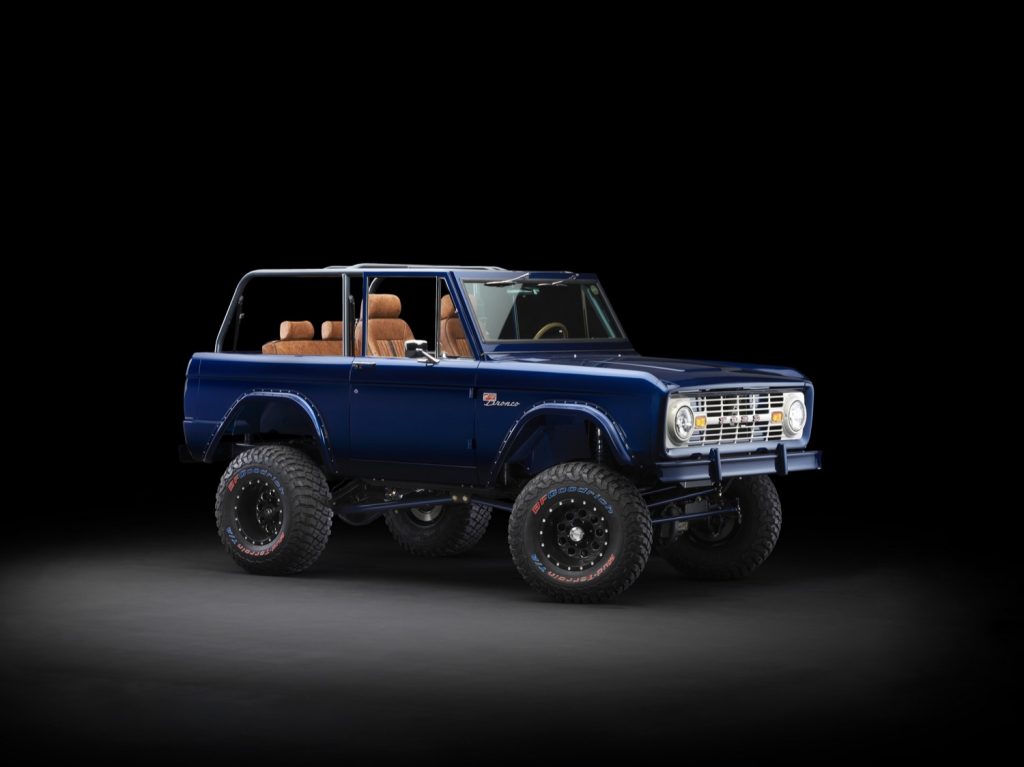 This particular Ford Bronco is called the ‘NIL8 Bronco’ and its got quite the resume… and price tag. The NIL8 Bronco placed in the top 10 trucks during the SEMA Battle of the Builders competition, and if you want one for yourself Maxlider Brothers Customs will charge between $225,000 and $500,000, depending on specifications. The two-door Bronco is a high-end, incredibly customized and modernized classic truck that has been built from the ground up with zero compromises. Now, it’s ready to be shown off at the 2019 Detroit Autorama show this weekend. “What’s really awesome about United Pacific is that they design exact replica parts to the highest standards possible,” said Erik Barnlund,
CEO of Maxlider Brothers Customs. “Every part is created to work with the other Bronco parts created by the company and with the original Bronco parts made by Ford. That’s great for us because we build highly customized Broncos at Maxlider Brothers, and we need the best materials for these vehicles.” The NIL8 Ford Bronco features parts that are currently available for purchase from the United Pacific Industries network of retail partners. Additionally, Maxlider Brothers Customs will offer United Pacific parts through their own online parts catalog.

Don’t miss the Maxlider Brothers Ford Bronco this weekend at the 2019 Detroit Autorama.