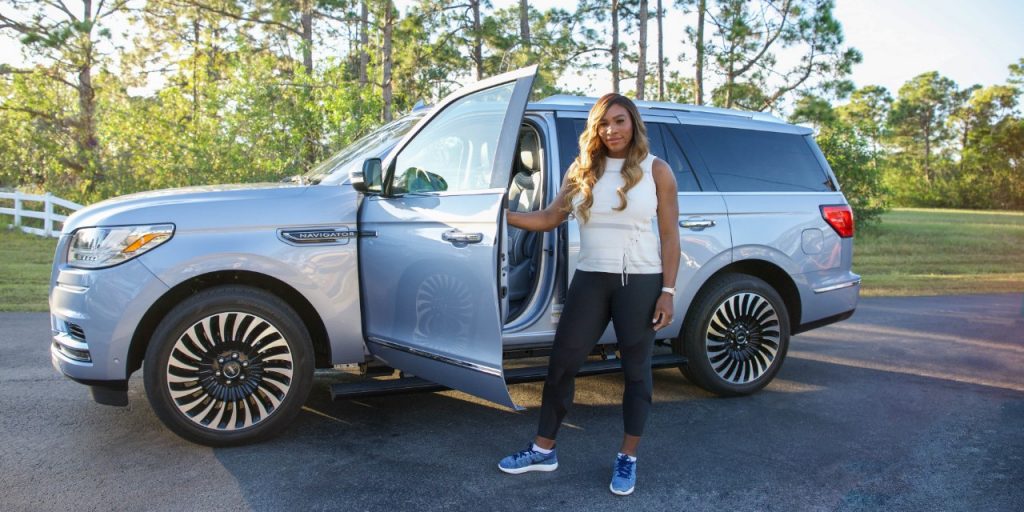 Lincoln has been doing very well with the Lincoln Navigator SUV. Aside from strong demand, the vehicle landed a big win with consumers in the J.D. Power and Associates survey last year racking up 915 points out of a possible 1000 from owners during their first 90 days of ownership. The SUV scored big for its entertainment system and exterior styling. Music’s biggest night was last night with the Grammy Awards airing, and during the awards show, Lincoln aired new ads for the Navigator that starred tennis ace Serena Williams and Abraham Lincoln.

The presidential tie in is easy to understand; Honest Abe is where the Lincoln brand draws its name. Seeing Serena Williams in a Lincoln commercial rather than Matthey McConaughey is a bit of a change. Williams signed on to be a Lincoln spokesperson in 2018. The past Lincoln commercials starring McConaughey don’t do much to tout the SUV or its attributes, instead relying on silence and situation to highlight features of the Lincoln Navigator, the commercial with Williams isn’t very different in that aspect.

That said, Williams’ ad does do a much better job of showing off the Navigator’s interior and infotainment system than past ads have. The commercial spans 60-seconds and is called “Sanctuary,” it shows Williams sitting out a thunderstorm in the posh Navigator cabin. The ad highlights not only the Black Label’s touchscreen head unit but also shows off the 30-way Perfect Position seats and big screens of the rear infotainment system.

Lincoln is clear that Williams isn’t replacing Matthew McConaughey as a spokesperson for the brand stating that both he and Williams are important brand ambassadors for Lincoln reports CNET. The second ad is titled “Lincoln” and shows an actor as Abraham Lincoln receiving a Lincoln Navigator as a birthday present, telling Mary to get her coat as the duo gets ready to take a ride. The tagline in the commercial reads “President Lincoln, we are forever proud to carry your name.”

The Lincoln ad had previously been a digital-only ad and lands on TV ahead of the famous president’s birthday on February 12 and President’s Day on February 18. Lincoln increased pricing of the Navigator last summer by up to a significant $3,500; the base model saw only a $650 increase to a starting price of $74,900.